My daughter has gone to hell…or at least that’s got to be what she’s thinking right now. I know, because I went there over a decade ago with her older sister. Hell, in this case, is Poland. Not so much the Poland of today as the one in Europe some 75 years ago. She’s there as part of a group of 60 young women being taken from concentration camp to desecrated cemetery to deserted synagogue; back to another camp, another site of another mass grave. She’ll see human ashes that should have been buried; broken tombstones that weren’t destroyed by natural force. She’ll travel hours on buses, cry buckets of tears.

She’ll be broken inside, hugged by her friends, consoled by her teachers and then, about the time she’ll believe she just can’t take it anymore, she’ll come home. Home to sunshine, to Hebrew signs, to the land we have built in part as a response to what she is seeing now. I’ll see her in a few days at the Western Wall – the symbol of our people in so many ways. Because it is ancient, because it stands in front of the Temple Mount, which we lost, got back, lost again, got back again, lost again, got back again, and gave away. The Temple Mount that we are slowly reclaiming…if not the physical ground, at least our right to visit and someday soon, hopefully, to pray there.

In Poland, my daughter and her friends will speak Hebrew because for many on the trip, that is the only language they know. And the fact that they have been warned not to speak Hebrew loudly is yet another reason why Israel is the only answer to a question that never should have to be asked. 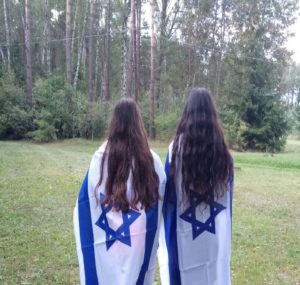 They are told not even to leave their rooms in the hotel without permission; every hotel is checked before they enter and before they leave. Every bus is checked, guarded. I know because it was the same when I went. The guard looked under the bus. I didn’t understand. I didn’t want to understand until he told me he was making sure no one had put a bomb under the bus.

I told my daughter not to have fear. She is well protected there – not by the Poles…that’s no longer their job. She is protected by Israelis, her teachers, and Israeli security. I fear only for her soul, her heart. That will be broken so many times in the next few days. When she sees the ovens and realizes that what sits on the bottom is not dust, but ashes of people. When she sees the broken tombstones. When she walks through Treblinka, as she did yesterday. Later in the week, she will see the gas chambers in Maidanek and Auschwitz, the crematoria, and the Polish homes of people who chose to live their lives in the shadow of our misery. At Treblinka, she saw thousands of stones, representing 17,000 Jewish communities attacked and destroyed during the Holocaust. And she did what she told me she would not do.

She chose to wrap the Israeli flag around her shoulders, to carry the flag as the greatest statement she could make. Later in the week, she will read the list of relatives that she asked me to write for her. These are some of the ones who were murdered in the Holocaust and she will honor them in the place where they were murdered.

Yeshaya and Sarah, Yeshaya Zev and Esther – all four of my husband’s grandparents. 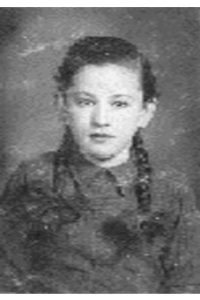 Yehoshua and Shmuel and Chaim Eliezer and Benyamin Elimelech and Gavriella – his uncles and aunts.

She’ll read the list of names, knowing that we have reclaimed most of these names and hopefully in the next few years as, God willing, more children are born into our family, hopefully the rest of the names will come alive again.

My arms cannot reach her where she is, but the picture of the flag wrapped around her means that from a great distance, she knows where home is, she knows who she is. She knows what she has to do in the coming days and most of all, she knows that home awaits her.