On June 9, 2018 I began a dialog with a hate-mailer. He wrote to me in response to one of my videos on YouTube regarding the Hamas-led violent protests and attempts to breach Israel’s border. This fantastic piece of “hate mail” in this electronic age was in the form of an anonymous post. In any event, that post was so filled with plainly incorrect historical assertions and conspiracy theories, it inspired me to begin a series on Israel Blogger with my responses entitled Response to “Hate Mail” from an Israel-Hating Conspiracy Theorist. In reaction, this same “hate-mailer” wrote me another almost equally counter-factual and conspiracy-theory laden response. 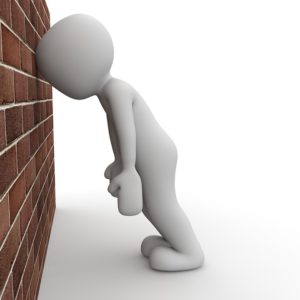 Not one who looks a “gift horse in the mouth,” I decided to add my responses to this second diatribe to the original series. Why do I do this? Perhaps I should start with that.

First, truth. I believe in truth. I don’t believe in letting the lies of others stand when the truth is so easily within reach.

Second, we learned long ago that silence was wrong. I will answer because hatred must be met with truth; lies have to be answered.

Will I convince this person? Probably not. But what I’d like to do is offer the answers, the truth, to others. In the coming posts, these points will be addressed – each lie, countered with truth. And unlike the lies thrown at me (at most Zionists); in my responses I will provide reliable evidence and sources (with hyperlinks). It is sadly a hard-earned lesson of the Jewish people that when we stand down in the face of lies and libels that the racists and Jew-haters only get more aggressive and dangerous. Throughout history, the lies and libels against Jews have always been precursors for inciting, encouraging, or excusing attacks on Jews (or as is the case today, against the Jew among the nations, Israel).