As Jews, we have seen much of that darkness. We have survived genocides, persecution, forced conversions, expulsion and dispossession.

But we have also seen much of that light. Despite it all, we have survived 4000 years as a people, still distinct, still unique with our own culture and our history and our own nationality and our own Torah. And most importantly, we have returned to our own country of Israel that continues to thrive with an energy that was unheard of and unimagined just a brief moment ago in history.

It’s a remarkable thing, some might even say miraculous, to be living as a Jew in the 21st Century, 4000 years after God made a promise to a shepherd that he would make of him an eternal and great nation.

And of a nation of 15 million, which the laws of history say should have disappeared, we remain. Strong. Proud. Timeless.

But what’s kept us together as a people, more so than individuals, is a profound sense of Jewish identity.

To know who you are in a world where so many people have forgotten is a source of strength and survival.

Jews all around the world turn towards Jerusalem, our eternal capital in Israel, our eternal land, just as they’ve done for thousands of years. It’s one of the foundations of our people, a common denominator that stretches through the eons of time encompassing the entire expanse of the earth.

To be a Jew is unique and a gift and a privilege, but it doesn’t mean we’re better than anyone else. It’s just that for some reason we have been born into an obscure group of people that somehow are destined to be a part of the world, even if we often find ourselves standing alone.

To be a Jew can be both easy and hard. You are either born into it by having a Jewish mother or you can choose to undergo a halachic conversion, which is challenging and something not many people can easily do.

But being a Jew is not always something that is always easily understood. There are many who think of being a Jew as simply a religious choice or a series of beliefs. It isn’t.

Because Jews are a people, even before they are a religion. And the most secular, non observant Jew in the world is as Jewish as the Chief Rabbi of Israel.

To be a Jew is not just any one thing – it’s many things. We’re a people steeped in traditions, in history, in laws, in culture, in religion, in the Torah – all aspects that work together to bind us and to link us across distant lands and eons of time.

Our history and our culture is strong, yet even today, our legitimacy continues to be attacked, whether it’s those who close their eyes to the past and pretend Israel didn’t exist, or whether it’s those who claim the Jews of today are not real and are descendent of some fantasy Khazar forced conversion program. There are also people who claim they are the ‘real’ Jews and the ones you see today are a merely a fake apparition.

Assimilation is rampart in the world right now and Jews in the diaspora face a particularly challenging future. In America, many of the current population of Jews will largely disappear in the coming years as intermarriage rates exceed 60% and those without Jewish mothers are no longer considered Jews. 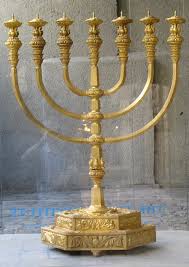 This is why Israel remains a critical and core issue for the Jewish people. It remains our single most important magnet of the Jewish world that draws us together, and gives power to our Jewishness, strength to our character, and vigour to our Jewish souls.

Those Jewish groups who work against Israel, often joining with our enemies in a vitriol of anti-Semitic hatred, will not exist as Jews in a generation.  As they trade away the things that have kept them Jewish in the past in a vain attempt to fit into the world, they will simply fade away in the future, drifting away as so many have.

The world is changing fast. And sometimes traditions of the past are seen as relics of the past. But those traditions are the very things that have kept our identity going for so long after it was first forged.

So as we go into the future, our greatest strength will always be the knowledge of who we are, where we are from and where we are going. The traditions we follow today connect us to the same traditions we practiced thousands of years before. The love we have for our country today connects us to the same love we had as we rebelled against the Romans, the Greeks, the British and all others who occupied our land.

We fight for our future, precisely because of our past.

Our Jewish Identity is strong we will defend it fiercely, but it’s something that rests on our shoulders alone. It’s our burden to carry and our hope to realise.

And it’s up to us to keep it alive.