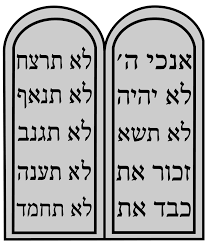 Now that the dust is somewhat settled and all and sundry predisposed to roar at any opportunity already got it out of their system, I ask:

What if everything that’s going on here in Israel is really just God’s means to “clarify” more “sparks”? That is, What if He’s testing our How and not our What?

What if God doesn’t give a hoot what our political opinions are, but is whipping up political atmospheres to test how we act and speak about (or against) our fellow Jew? –

Because we’re getting toward the end of the clarification process.

For this big riddle of What’s gonna be with Israel? our Sages did provide us with a few hints, giveaways, and forewarnings. For one, our Sages provided a number of tests and formulas for what makes a true Yid, like that he’s merciful, modest before God, giving, shamefaced. We are also told that there are 4 times more Erev Rav than Am Yisrael, both of whom are intermixed together and all called, today at least and by the world, Jews.

There are FOUR TIMES MORE Erev Rav than Am Yisrael.

That means that the Erev Rav cannot be overlooked like a toy poodle in the room when they’re more the size of a tusked elephant in the room. They cannot be ignored. This is a major factor, as it is well the majority of all that is considered and known as “Jewish”. Those who try to cover this up or shush it over are usually the first suspects.

The Erev Rav need to be factored in to any attempt to understand our present situation. Moreover, since so much is written about them and their evil intent and ways, any discussion of current events of Jewry globally should – must – include this decisive parameter. We know they are everywhere and among us. Thus, we need to expect it.

This should be factored in when discussing the despicable likes of Diaspora “Jews” likes Soros, Anthony Wiener, and Harvey Weinstein, along with all those who give their dogs “Bark Mitzvahs” and those boycotting Israel. Or, in Eretz Yisrael, all those who do not see the uniqueness of the Nation and Land of Israel and do not feel a part yet still claim a part within (see “Meretz removes ‘Zionism’ from its platform” israelnationalnews.com Oct. 29th, because they don’t think Jews are the only ones entitled to self-determination in Eretz Yisrael). All this stench reeks “Erev Rav” and not “Jewish”.

“Jewish” expression and behavior is God-fearing and based on Torah, otherwise there’s nothing “Jewish” about it. Erev Rav behavior is all about hatred of all that is Jewish and a love for division and rifts.

There is also a whole bunch of public figures, even religious-looking ones, who pander to Christian missionaries like HaYovel. Missionaries work towards a Christian Israel, NOT a Jewish one. So, while these are ostensibly pro-Jewish-Israel Israelis, their support for pro-Christian Israel orgs actually sabotages Jewish Israel. That’s not Jewish either.

Now, looking back at all the vile words spewed, one cannot but factor in this major aspect of our reality. Were Jews really wishing ill on other Yids? ‘Run them over!’ ‘Put them in jail!’ ‘Deport them!’ Actually, this last echo is particularly unconscionable. God gave Am Yisrael Eretz Yisrael. Who, then, thinks they are above God’s level to make a selection who yes and who no and by what prerequisites?

Plus all that talk of Not my Jews! They are they and we are we, etc. etc. – all of that is indicative of the division the Erev Rav revel in. Am Yisrael – even all different, dozen of its tribes – only strives for unity, only for Us and together. When the Prophet told us “Listen to the Word of God, haCharedim el dvaro” (‘those God-fearing of His Word’ – where the term Charedim comes from), Isaiah refers to ALL of Am Yisrael. Labels are only part of the divisions and the us-versus-them, but the Navi – actually all of the prophets, by God’s Will and Word – wanted all of Am Yisrael to be haCharedim el dvaro.

Then “Jews” were calling other Jews “trash” – really??? Who wants that on their cheshbon??? And, what about the “Unprovoked Attack Against Charedim in Rishon L’Tzion” (The Yeshiva World Oct. 21st), where a bochur was standing by a store and this Amalek (because part of Erev Rav is Amalek), for no reason or provocation, beats him to a pulp? None of this is characteristic of Am Yisrael.

And, no, the dust-rufflers are not “the worst of our own”. Blocking traffic is wrong, but it’s hardly the qualification for being the worst. According to what God writes in His Book, worst probably goes to any Jew who violates our Am’s Covenant with God, including violating Shabbat. Toxic waste would be those Erev Rav fighting to actually legislate Shabbat-Torah violation in the Land of Israel. Those responsible for the Elor Azaria fiasco – a synecdoche of the general gross injustice served here – are a tie for first and worst. All this anti-Torah and expressed hatred for all Jewish reeks Erev Rav and not Jewish. Jews know, believe, and respect that Torah is Am Yisrael’s greatest protection.

Just a few weeks back when we restarted our first Chumash, our Sages reminded us of the ring of fire, atid lehiyot, that will encircle Jerusalem and keep out all the Erev Rav before Hashem totally does away with them. Maybe their subconscious feels that they will have no part in Jerusalem.

Today, they (and arrogant idolatrous missionaries) think they have free rein here, along with all the corrupt politicians and “public figures”. But when that ring of fire goes up, the game will be over. All the finagling, “connections”, “protexia”, bullying, and self-appointed “grafting-in” will not work. All these lies will no longer have play.

Today we’re amidst this Clarification of Sparks to determine who’s on the side of the Erev Rav and who is on that of Am Yisrael. Actually, we’re at the very tail end of this very long process, and this is what’s behind, the reason for, all that is happening around us.