More times than I can count, the threat of war suddenly appears before us. Most times, the situation will deflate as quickly as it ignited. Sometimes, the result is war. If you’ve never experienced war, it’s hard to describe. How involved you are directly, has an impact, but less than many would imagine. And then again, there are levels of involvement. Is it your country? Is it you or a member of your family involved in the fighting? Does your home or work place sit within missile range? Where do your parents live? 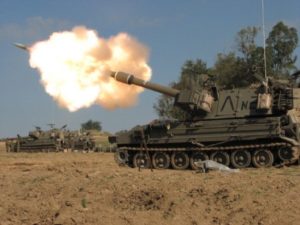 In the last war, I found myself driving and listening to the radio. When they said the city where my parents lived, I would call them and tell them to go in the bomb shelter. They didn’t always hear the sirens at first and so I instructed them on how to connect their computer to a site that would generate a siren in their home, but still I called them.

Once, I remember realizing that while I was calmly talking them into the bomb shelter, I was driving in an area that had frequently come under attack and so I needed to get off the phone to listen for my location. Another time, I remember I was driving and listening and only after several missile attacks did I realize that I wasn’t familiar with the area and so even if there was a missile directed to the area where I was, I wouldn’t know unless there happened to be a road sign to alert me. When I passed one car, parked at an angle on the side of the road with two doors open, I realized the danger I was in, and turned back.

Both Israel and Islamic Jihad have raised their alert readiness to the highest level. Israel has deployed its Iron Dome missile defense system and is moving temporary bomb shelters into civilian areas. This is clearly not a drill. We are waiting for an attack that is meant to be “in retaliation” for our bombing a tunnel that Islamic Jihad / Hamas were building. The tunnel had crossed into Israel and would have been used to launch terror attacks against Israeli soldiers and/or civilians. We bombed the tunnel within OUR territory to smithereens. Apparently, that annoyed the terrorists. 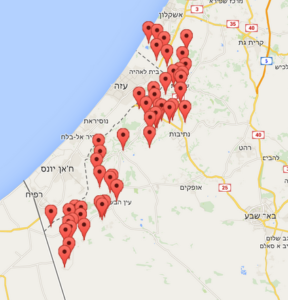 Perhaps, even more than our bombing the tunnel was the fact that a bunch of high-ranking Hamas members ran into the tunnel with the misguided notion that they could a) save the terrorists who were inside digging the tunnel and b) not get themselves killed by explosions triggered by things they left in the tunnel. They were wrong on both accounts and that just annoyed the Gazans even more.

So, Israel is ready. Islamic Jihad and Hamas are ready. Will there be a war? At this point, I would say the only One who knows for sure is He Who Knows All. God knows. A pin could explode the situation. All it could take is one bullet, one rocket. It’s very tense and scary and Israel moving the Iron Domes around sends a strong message to Gaza and a calming message to Israelis.

“Don’t even think it” is the message for Gaza. You’ve lost all the previous wars…the nearest you’ve ever come is a draw and even that saw hundreds dead and wounded on your side (mostly combatants or civilians who aligned themselves with the combatants) and the destruction of hundreds of buildings near and from which rockets were fired at our civilians.

“We’ve got this. Everything is fine. Be normal. Do normal things. We’ve got your back…hey, we’ve got your front. Answer Gaza with life, as you always do. Live” is the message for Israelis. We’ve won all the previous wars…the nearest we’ve ever come to losing is a draw and even that saw relatively few casualties and damage to buildings that were quickly repaired.

Live, Israel – it is and always has been, the only answer. No matter how close we step to the edge, the army and God above us remain our guardians. For now, we wait on the edge hoping that this time we will be able to back away rather than descend into yet another war.