And that angers me.

It angers me, because this most important site, this site that radiates with four thousand years of Jewish history, this site that glows with an undying and never-ending spirituality, this site that whispers with the ancient voices of prophets and kings, this site in which the heart of the Jewish people can be heard, beating rhythmically, hypnotically, mystically like a old tune playing throughout the ages of time – is being violated.

And it’s being violated daily right before our very eyes for the entire world to see, just as we saw the other day when Arab terrorists launched a deadly attack against Israeli police.

In 1967 Israel stood alone against the might of the entire Arab world who clamoured together and salivated for the destruction of the Jewish people in their Jewish state. But Israel struck first, and fought a war that ended up liberating our most important historical site from the evil clutches of an Arab world who used our tombstones for latrines, who destroyed our Jewish holy places and synagogues, who expelled our people and tried to wipe out our history.

We fought evil that day – and won.

And yet… through some misguided attempt at creating a peaceful future, we took that victory in Jerusalem, a victory of miraculous proportions and turned it into a kind of defeat by handing our most holy site back to the very same people who just days earlier had dreamed of our destruction. 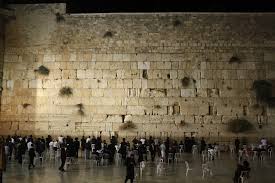 It angers me that the Jordanian Waqf, a bunch of foreign thugs, get to control this Jewish site. They get to say who can pray and who can’t, who can marry there and who can’t, who can walk with pride, or be forced to cower in fear. It angers me that these religious authorities, who are supposed to be men of peace, encourage violence and hatred and hide the weapons to carry that out.

If the Muslim authorities are unable to accept that most basic simple right of freedom, then what chance will there ever be for a peaceful future for any of us?