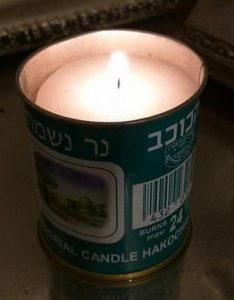 B”H
Today, the 10th of Tevet, is the general kahal’s taanit fast after the two days of taaniyot known as “taaniyot tzaddikim”. Today we mourn and fast over the day that began the destruction of our eternal capital, Jerusalem – the day Nebuchadnezzar began the 3-year siege. The taanit of the 9th of Tevet commemorates the death of Ezra and Nechemya, and the 8th of Tevet commemorates the day of the decree by Greek King Talmai to translate the Torah into Greek.

There’s a reason Hashem gave us the Written Torah written in the Holy Tongue, Hebrew. This is not just a general issue of translations. Not only can one never truly translate the essence of Torah, but the translation itself plummeted the Torah and the Shechinah into galut.

Here’s an example to illustrate: “VaYeGaReSh Et HaAdam” (Breshet 3: 24) is usually translated (in English) as “and Hashem expelled Adam”. We learn from the internal-Sod level of Torah that this is actually almost the polar opposite of what is conveyed. In Kabbalah, Et refers to the Shechinah, the spiritual-metaphysical revelation of Hashem in the thick of the physical. Taking into consideration that there is no punctuation within the verses, a more fitting translation would be “and he expelled Et – Adam”. And who is “he” but the first man, Adam. It is Adam who expelled the Shechinah from the Garden of Eden. None of the essence gets through in a translation of what cannot be translated.

Galut is defined as holiness taken out or expelled into the klipot. The destruction of our Holy Temple in Jerusalem, Am Yisrael’s exile, and the translation of our holy Torah all go together under the category of chorban and galut. Israel – the Nation, the Land, and the Torah thereof – cannot be exchanged, replaced, seconded, or translated.

May we merit the long overdue end of this bitter exile.