For too long, the whole conflict between Israel and the palestinians has been labelled as Israel’s responsibility. Israel’s fault. Israel the cause. Israel the guilty one. Israel must solve it. Pressure must be placed on Israel.

Well, I maintain a different approach.

There is a conflict, but it’s not between Israel and the palestinians – it’s between the Arabs and themselves. Because if a new country called Palestine was created today, does any logical and reasonable person seriously expect us to believe that peace will suddenly reign across the region? How is it that a 23rd Arab state will be that missing link between peace and war, when 22 Arab states have not been able to achieve that already?

Here’s a newsflash – if Israel ever does disappear, do not expect peace to come to the world. Do not expect people to lay down their weapons and hold hands while dancing around a campfire, chanting songs of love to the moon. Do not expect world hunger to end. And more, do not expect some kind of outbreak of goodwill to sweep the nations. Not only will none of this happen – the exact opposite of it will. Because without this little bastion of democracy and defiance against the oppresive countries surrounding it, a dark wave of Islamic Fascism will sweep the region and then the world.

There are many who don’t seem to get this obvious fact, perhaps governed by the oldest hatred of anti-Semitism, or perhaps under the influence of those petro-fumes, or perhaps powered by a naivety in the same way Neville Chamberlain was back in 1938. Until recently the United States government also adopted this naive approach – an approach that has not led to the enhancement of peace in even the slightest way. If anything, it did the opposite, because what it essentially did was absolve the Arab world of any responsibilty towards the Middle East. And without any responsibility, there is also no accountability. 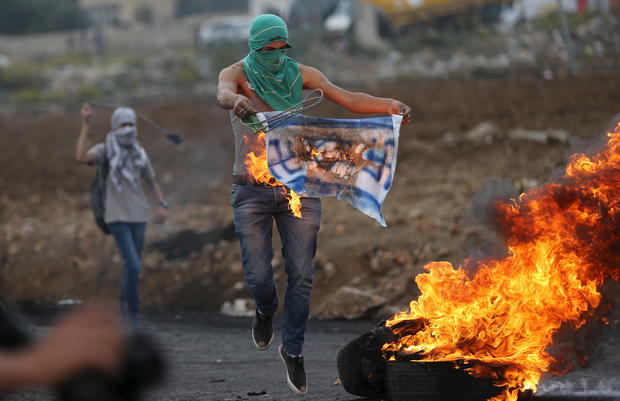 No world leader was ever prepared to deliver this lesson to the Arab world – out of fear that the black gold we depend on will dry up. Instead the world pandered to them, stroking their egos, and speaking of shared values (seriously?)

They treated them and still do with more respect than they do Israel – the country that actually does share many of the same values.

And I could never quite understand how it is that those that call themselves progressive can attack the only country in the region that actually is? Are we supposed to believe that the values people hold in Europe or the USA are more similar to the Arab world and the Palestinian authority than to Israel – values such as freedom of speech, democracy and the right to choose who your partner is?

Because I certainly don’t remember pride rallies in Iran, or freedom of speech in Saudi Arabia, or democracy in Qatar or Kuwait. And celebrating that women can now supposedly drive in Saudi Arabia is not really something to be hailed – when women still need written permission from their husbands or still have to be accompanied by a male relative.

And yes, look no further than a world who refuse to hold the Arab world to any accountability at all. A world that places a higher value on fascism than it does on freedom.

The end to the conflict between Israel and the Palestinians does not lie in giving up miniscule land that will make no difference to the Arab world. It does not lie in dividing Jerusalem, a city that was never desired as a capital by any other people but the Jews. It certainly doesn’t lie in releasing prisoners whose blood soaked hands who will only kill again.

Until world leaders start pushing for freedom in the Arab world the way they say they value it, rather than rewarding fascism as they are doing now – then peace will remain as elusive now as it ever was before.