.I noticed the wording of a report that appeared on CNN and the BBC last evening. It was a news article about a teen boy from Gaza who died of his wounds — and what a good boy he was according to his father, and how he was unarmed and shot by an Israeli soldier. 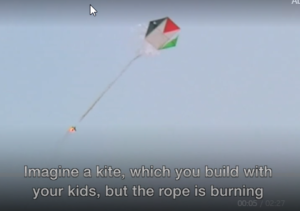 What they omitted was important. He was shot launching a balloon that had a lighted Molotov cocktail attacked to it designed to commit arson on the Israel side of the border. In short, he was NOT unarmed.

But the BBC followed with this “more than 150 Palestinian unarmed demonstrators have similarly been killed by Israelis in recent days”.

I wonder if Israeli teens would gather outside Gaza and launch rockets and fire bombs into Gaza City and Rafiakh and other areas under Hamas control, if they would similarly be described as “unarmed protesters”??? 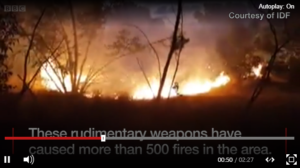 Perhaps that should happen. Maybe 1000’s of Israeli kids could build rockets and launch them into Gaza and call it a protest.

But the problem here is bias expressed through incomplete reports or facts being left out or just fake reports. This is systematic libel, not free press or free speech. And reporters who put out such one sided propaganda should be penalized . – perhaps banned from entering or transiting Israel permanently.

One more point. When Gazan’s were interviewed by the BBC reporters and asked what they are protesting, they all said “THE OCCUPATION”.  And when one reporter asked where the occupation is because Gaza was self-ruled, they answered “WHERE EVER JEWS ARE”.

SO MUCH FOR FINDING A WAY TO PEACE.