[based on snippets from Rabbi Moshe Chaim Armoni shlit”a’s “Bati L’Armoni: Drushim on the Parsha According to the PRDS”, Parashat Pinchas] 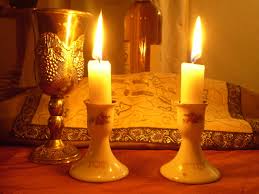 The problem of marrying, or taking a partner, outside the faith takes front and center stage attention in this week’s parsha. The problem is that old. As usual, though, there is much more actually going on in the chumash than what meets the eye, on the pshat level.

The Tribe of Shimon was the me’asef, the last tribe in the last camp – the Camp of Dan – in the nation’s procession in the desert. Some of the girls from the Tribe of Shimon intermarried with the Erev Rav that followed after Am Yisrael. The children of these mixed marriages are the 24,000 who died in the plague noted at the end of last week’s Parshat Balak.

Two genealogical lines also come front stage in this parsha. The first is the line, represented by Balak, that actually starts with Lot and goes through Moav, Balak, Eglon, to Ruth and Boaz, and from there to King David. This is the line of Mashiach ben David.

The second genealogical line begins back in Chumash Beresheet, Parashat VaYishlach, with Jacob’s daughter Dina and Shchem ben Chamor whose daughter Osnot is sent to Egypt. There Osnot marries Joseph, and the line of their child Efraim goes on to Yeravam, Avia, and so forth. This is the line of Mashiach ben Yosef.

The Midrash notes that Zimri ben Salu, the Nassi of the Tribe of Shimon, has a number of names, including Shaul ben HaCanaanit and Shumiel ben Tzuri Shaddai. We, therefore, learn that Zimri ben Salu is the son of Dina and Shimon, who married after the scandal with Shchem ben Chamor.

Zimri ben Salu, knowing that the holy spark of Mashiach ben David needs to come to Israel from Moav, doesn’t want to wait the extra 200 or some years for Ruth to meet Boaz. He wants to bring ‘Mashiach NOW!’ Not wanting to wait for Balak’s granddaughter Ruth, Zimri takes Balak’s daughter, Cosby bat Tzur.

Later, Balak’s granddaughter will have converted to Judaism before meeting Boaz and beginning the dynasty of Beit David established from Ruth and Boaz. And this makes all the difference, since a basic requirement of the King of Israel is his being Jewish – of a Jewish mother, which Cosby was not.

Going back to Parashat VaYishlach, the Midrash tells that Dina did not want to leave Shchem ben Chamor’s house until Shimon promised to marry her. Shimon and Levy then kill Shchem and his town – killing 24,000. Then, the child of Dina and Shimon, Zimri ben Salu, is the reincarnation of Shchem ben Chamor. That is, the same guy Shimon kills as revenge for his sister Dina, is the very soul he gets as his son from his same sister, Dina.

The 24,000 killed of Shchem ben Chamor’s town return as the very 24,000 of the Tribe of Shimon that die in the plague at the end of Parshat Balak.

There is a much more complex line to follow with regard to Pinchas, but, for the sake of brevity, we’ll only note that it starts with the limud that he acquires an addition to his soul, being that of Eliyahu HaNavi (the souls of Nadav and Avihu are also involved). Cosby bat Tzur later becomes the evil Isabel, daughter of the King of Tzidonim, married to Achav ben Omri, King of Israel. She makes her debut in 1 Kings 16: 31, where we also read that Achav turned to idol worshipping like his wife, who never converts but remains an idol worshipper. Isabel seeks to kill Eliyahu, i.e. Elijah the Prophet.

All those women converts just mentioned play great roles in our Am – the hinge being that they converted kedat vekadin before marrying their respective husbands, all of whom are great role models and leaders of our nation.

Without a sincere and kosher conversion, we only get catastrophic downfalls to our nation, as were caused by Cosby and Isabel and Shimshon’s Delilah, and as we still see to date from all the unkosher intermarriages plaguing Diaspora Jewry.

An insincere and/or unkosher “conversion” is just as bad if not worse than none, as our history from our Exodus from Egypt with the Erev Rav testifies. The Erev Rav, who are four times as many as Am Yisrael, have only caused us tzurres all these millennia. We are promised that Mashiach will weed them out from Am Yisrael. May we all merit this, the arrival of Mashiach tzidkenu and the end of the Erev Rav, bimhera beyamenu!