I was raised to watch my language; to speak “like a lady.” And I try. Mostly. I really do. But sometimes, it happens. A word comes to my mind and try as I might to think in the asterisk, that word is there. I won’t say it. I won’t write it, but I just can’t help thinking it. Luckily, it is rare and usually, to be honest, deserved. For example, this morning, I read that the High Court of Israel ordered the government to offer immediate medical treatment for five women from Gaza. 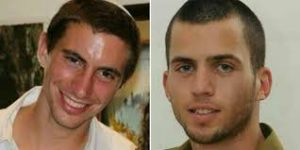 Now, I’m all in favor of Israel’s amazing track record of treating injured and sick people from all over the world. I love that we bring them (often at our expense) here to our wonderful and advanced hospitals. That there are thousands and thousands of people from distant lands who have had heart operations, advanced cancer treatments and more…and then return home, healthy and whole to live what we hope will be a long and healthy life.

As human beings, these five women deserve treatment. But then again, three Israeli families have rights too. One family has the right to hold and hug their son, who is, we believe, alive. And two families have the right to closure, to have the remains of their sons brought home and buried in a place they can visit. They are, we believe, no longer alive but still they are ours. 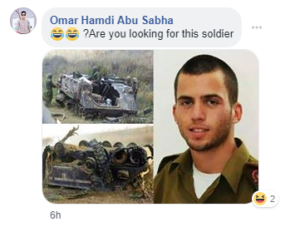 Three high court justices should be ashamed of themselves and certainly deserve our anger and contempt. Uzi Fogelman, Yitzhak Amir and Ofer Grosskopf demand that these women, relatives of top level Hamas members, be allowed treatment in Israel. I’d like them to announce their decision while looking into the eyes of the Shaul and Goldin families.

There is no question that in their attempt to act out of humanity and kindness to our enemies, they are delivering a cruel and inhumane blow to families that have been suffering for four long years. Hamas taunts these families with images of their sons and now we are to treat their women?

In what world, in what country, would its leaders extend such kindness to the families of murderers, terrorists and killers? Israel had hoped to put pressure on Hamas to make a trade. This has been denied by the High Court, which sided with Hamas family members over bereaved Israelis.

Are the judges out of their minds to have ruled that way? Sadly, assuming that is their problem is a kindness they likely don’t deserve.