Let me preface this by saying that I did not, and still do not think that any candidate in the Presidential election in 2016 was capable of leading the United States. Right now, Donald Trump is the President, despite what the #notmypresident fans think. 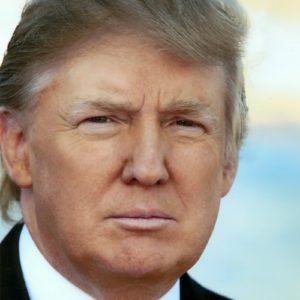 The United States has a serious problem, and that is the fact that it is so polarized right now, that many observers have stated that there will be a real civil war in the near future. And it does not bode well for any minority group.

According to the B’nai Brith Anti-Defamation League, the number of anti-Semitic incidents in the United States has increased by a large factor (over 1000%) since the presidential election in November. Many of those who supported Donald Trump are  the elements of society that are the perpetrators of these attacks. They do not represent the Republican party, nor do they support the ideals of that party.

The Jews in the United States are a visible target because they have a large visible infrastructure, with places of worship. community centers, hospitals, retirement homes and the like. Add to this side of the equation the point that many of the leaders of the Jewish community are vocal supporters of the Democrats, and there is the potential for problems. And of course, let us not forget that on the other side of the equation, that Donald Trump received  support from such enlightened, forward thinking groups like the Ku Klux Klan, the Aryan Brotherhood, and the Creativity Movement, and you have a recipe for national disaster. These groups have not been quiet nor have they downplayed their hatred of Jews, and regularly express their hope that Mr. Trump will banish the Jews from America. Preferably before lunchtime.

Of course these people tend to forget that President Trump has a daughter who converted to Judaism, and she and her husband are fairly active in their community.

And it turns out, according to various police departments in the US, that the string of bomb hoaxes against Jewish institutions is the work of one person armed with a VOIP  telephone and voice modification software.

Sadly, these antisemitic attacks are nothing new. There were at least 7000 incidents in the United States since 2010, but they were under reported, because the attacks did not fall into the worldview of the media. Of course, since the Republicans are now in power, and Donald Trump is the President, it is okay to report on these incidents now.

The Jews are in the cross hairs not only of the hate groups. but also from the legitimate political parties. Many Americans cannot separate Judaism and Israel, and consider them as one and the same. Once Democratic member of Congress stated that the Jews are the ones responsible for the tension with the  Islamic populations around the world, because of Israel.

Donald Trump is (arguably) a businessman. He understands business relationships. Or at least he should. He understands that the middle east contains a lot of tension and conflict, and he will support any solution that both sides can agree upon (so he says). He told Israeli Prime Minister Netanyahu that he did not care if the final peace agreement was based on a two state solution, or a one-state solution – anything that the parties find acceptable would be acceptable to him. He also told Mahmoud Abbas. the leader of the Palestinian Authority (now in the 12th year of his 4-year term) that if he wants US assistance in the negotiations, the Palestinian position must forgo their preconditions and they must realize that like everyone else, they will have to compromise.

And this is his weakness. And his strength. He has no guiding vision for the Middle east, but no preconceived notions of  how this must be resolved. I think he likes Binyamin Netanyahu’s vision of the entire Middle east as a high tech hub.

The problem in the United States however, is a lot more complicated that the Middle east right now. The Right and the Left are so polarized, that there is no real common ground to begin a discussion any longer. And while the US support for Israel used to non-partisan, this is no longer the case. While Keith Ellison was not elected as the leader of the Democratic party, his ideals and philosophies against the State o Israel and the Jewish People are supported by a lot of people in the party. What was once support  by both parties is now a divisive issue.

And that is part of Donald Trump’s Jewish question.

Rabbi Ezriel Yellin is a keen observer of the human condition. He was ordained in 2002, and has taught hundreds of online classes. A member of Zaka since 2000, Rabbi Yellin is also a technical writer and lives on a moshav in central Israel with his wonderful wife Miriam, and his three amazing children.
View all posts by Rabbi Ezriel Yellin →