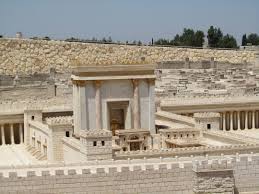 I have a problem with journalists in general who play down murder.
I have even more of problem when journalists draw parallels between the victim and the cold-blooded murderer.
I have a special, greater problem when those journalists, allegedly of and representing Am Yisrael, then try to equate, in any way, a Jewish family keeping Shabbat in their home in Eretz Yisrael and Amalek invading that home to butcher them.
Even greater is the problem with such alleged Jewish journalists who, last year at this very time, right before Tisha B’Av, publicly announced in a widely-circulated article in the paper for which they write, that they were not fasting or mourning the destruction of our Am’s Beit Mikdash. As such, they have taken themselves outside of klal Yisrael and do not identify with Am Yisrael, nor with the values it stands for.
The triple murder on Shabbat was directly related to the very Beit Mikdash – the site and concept at large of our identity and ties with it – that we will again be fasting over next week.
How dare these journalists now try to present themselves as reps of our Am, or as reporting “fairly” from our Am, not only because they do not in fact present the facts fairly, but because they do not have the capacity, nor are they worthy, to present the real situation and its significance.