As we come to the close of another work week in Israel, here’s a quick round-up of what’s been happening here. Today can be summed up in fighter jets, buildings, and hamburgers on the bright side, and a wounded soldier on the other.

We’ll start with some sad news first. Today, an IDF soldier was critically injured during a military operation in the Al Amri camp near Ramallah. He was struck in the head by a heavy object and was evacuated for treatment. In Israel, it is truly a national tragedy each time a soldier is injured. Our relationship and love of our soldiers as people, not just as fighters, is virtually unparalleled in the world. No other details are known at this time…which is a polite way of saying the army isn’t going to detail what the operation was. 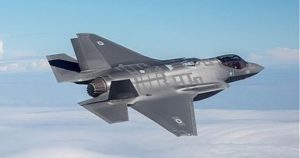 First, the Israeli air force is very proud that it is the first air force in the world to take an F-35 into combat. The F-35 is the most recent addition to the air force. It was used earlier this month as part of the largest single air force operation since 1974 – 28 fighter jets flying against at least 70 military targets in Syria.

Second, big news is that the Ministry of Defense has authorized the building of 3,900 new homes. Why is this news? Because during the Obama years, building was virtually (and physically frozen). Now, finally apartments in Judea and Samaria (or, using the Jordanian name – the West Bank) are once again being authorized.

And finally, today is International Hamburger Day. No, seriously. And in honor of the day, Channel 10 has released a survey listing the best hamburgers in Israel. Really, how pathetic is it that apparently McDonalds came in first place with their McRoyal? 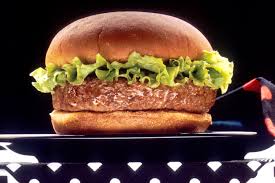 Coming in second place in the Israel Hamburger success story appears to be BurgusBurgerBar followed by Moses and then Burgerim. Finally, at the bottom of the list are Burger Ranch (placing in at 9) and Burgers Bar (coming in 10th place).

How valid can the results be, some are asking, if McDonald’s places at the top? It’s a decent question.