In something that has not happened for at least… oh I don’t know… an hour, Muslim clerics and Palestinian Authority leaders have called for a “Day of Rage” against Israel implementing new security measures. They’ve also encouraged Arabs to demonstrate in Judea, Samaria, and Jerusalem.

The thing is… well… they have a point.

Perhaps it is time for a day of rage…

Perhaps it is time for Jews to get angry.

Perhaps it is time for Jews to assert our rights.

Perhaps it is time for Jews, and all good people who value freedom, to say enough is enough.

Non Muslims are barred from entering Mecca and Medina, and no one seems to worry too much about this discrimination. And since Medina was an ancient Jewish city long before Islam was around, why should Jews be barred from visiting their roots?

Jordan and other Muslim authorities are trying to make out that the new security gates are the latest (of oh so many) reasons for the current crisis, but as with all its statements and ‘outrages,’ it’s a farce, a lie, a libel to try to portray Israel as the instigator and violator of Muslim rights.

Security gates are a part of the world we live in. In Israel, security gates are everywhere and no one complains when passing through them when entering a shopping mall. In many tourist places, they’re just part of the standard routine we go through. In airports around the world, we pass through security checks  every day which have far more intrusive tests.

Of course, it would be great to live in a world in which all these security checks are not required, but thanks to mainly Islamic fanaticism and terrorism, that is not possible.

So if the Muslim waqf clerics and Jordanian authorities are upset that Israel is trying to protect not only its people, but all peaceful people who ascend the Temple Mount, we should consider their complaints, nod intelligently, rub our chins and then politely tell them to waqf off.

This is not the night before the Six Day War in 1967, when these same Muslim clerics and Jordanians authorities were able to act with such impunity that they destroyed Jewish holy sites, desecrated graveyards, expelled the Jewish population, and denied access to Jews from visiting the kotel in violation of the accords they had signed. 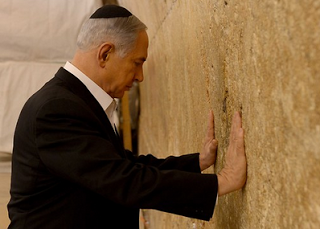 This is the day after, where those same Muslim clerics and Arab authorities should not get to dictate one single thing. Not anymore.

Ultimately, Israel is the sovereign in Jerusalem – its 3000 year old capital, and should not be subject to the rulings of the type of Muslim clerics who administer the Temple Mount and encourage violence against peaceful people and deny the basic right of any human being to express themselves in a peaceful manner.

The demands of those Muslim clerics to continue to endanger the lives of ordinary people should not be treated with respect, but with contempt.

And rather than a day of rage against Israel, they should have day of thanks for Israel – because if they were demonstrating or demanding in any one of their many fellow ‘tolerant’ Arab countries, it would not end well for them. Not well at all.