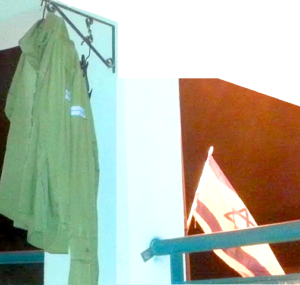 Paula said I “would have you believe that the religious in Israel are the minority”. This is true. And Paula is also right in another way – it’s hard to get real stats on the Religious vs Non-Religious populations. The latest sources I found were in 2009. It looks like there was a decision made in 2010 to stop looking at this type of demographic. In Ben Gurion University, in a Society and Demographics of Israel course, I was taught that 30% of the Jewish Israeli population is religious.  That is in 1990.

Well, I do have this, which kind of proves my point, but not really:

But doing all this research made me realize that I have not been talking about Religious Jews, as a population. I’ve been talking about Haredi Jews – the ultra orthodox Jews. In Bnei Brak and Meah Shearim, you cannot hold hands or kiss in public. When I lived in Bnei Brak, I was stopped on the street near my own door, many times, by people who objected to me wearing my hair loose. (I didn’t dare go out in pants in Bnei Brak, but when I got sick of showing “respect” to strangers by always wearing skirts or dresses and put on jeans, people kept asking me if I had lost weight. Just saying.)

It’s the religious men of health and intelligence who beg on the streets that I don’t like. And the government saying Yeshiva students – and I’m talking about grown men who should be productive citizens – don’t pay taxes. My neighbor in Bnei Brak didn’t pay taxes – so I was taxed much more in Bnei Brak for a smaller property to make up for the Haredim who didn’t pay – who worked in Simchas as the DJ or whatever you call it, and had more money in his pocket than I had in my bank account. It’s the Haredi adversity to serving the country that I don’t like. It’s the willingness of zealous religious settlers to raise their children in dangerous conditions that I find sickening.  I really want to say, “How dare you as a parent use your underage children to make a political statement? If you love “greater Israel” that much, why do my children stand guard duty over your homes, while your children will never serve to protect my home?”

My Daughter’s Uniform hanging to dry, the night before Independence Day

I have so much more ranting to do about this. But it’s time to work.

Pants/slacks/leggings are a Scandinavian invention. If you think you are dressing “properly” by disallowing women to wear pants, you are wrong by Biblical standards, modern standards, and common sense. The only perspective that gives any logic to the ideas of Haredi proper dress, is the European Jewish Ghetto. Is that REALLY the only epoch worth emulating??