Linkedin
It’s been so long since I’ve been to the States – over 20 years. I was never one of those fly-there-every-summer types – even before my mother and father (z”l) moved here almost 18 years ago. It’s been so long, I can’t tell you if the feeling Jews have in America is that of constant danger. I had that feeling when I lived there. Deep inside, I knew that there was always the chance I would be confronted or attacked, merely for being Jewish. In Alabama, a man cursed me as a Jew and told me to go back to New York. I stood looking at him in shock.. All I coul ddo was wonder, “how do they know?” But the truth is, it doesn’t really matter how…not now, not then.
When you have a child fighting in the army…any army…you live with the knowledge that he (or she) is in danger. Always. Anywhere. And so, a part of you feels that danger as you go about your normal life. Your heart isn’t quite whole and always there is this knowledge that he’s far from you (if not physically….because Israel is a very small country but in the sense that he is on duty, often in areas civilians are forbidden to visit). 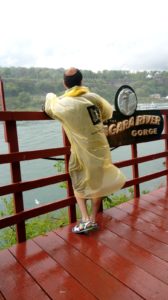 When my youngest son, David, finished the army, that sense of distance and danger evaporated. Enough so, that I stopped a blog that I’d been writing for 11 years. As he stepped down, so too, did I. Back to normal; back away from danger. This summer, he has traveled to the United States to work in a camp staffed often by many Israelis. They don’t pay them very much – room and board and enough to get there and have a small amount of spending money. But for him, it’s an experience. The last time he was in the United States was also over 20 years ago.
For him, it is all knew and unknown with the advantage of taking advantage, in these first few days, to see a small bit of that vastness that is the country of my birth. Just days into the trip and already he has seen something I never had a chance to visit.  Always, I have been drawn to Niagara Falls but never got a chance to be there. Soon, he will travel to Boston, a place I only visited once – at night, for a wedding. He’ll spend the weekend in Philadelphia (at least I’ve been there). And soon, he will visit Manhattan, a place where I went to university, visited often and even lived there once.
For many months, since he finished the army and his final year in yeshiva, David has been deciding his future direction. And for all of those months, as he is once again living at home, I feel complete and happy to have him here. And gone was the sense of danger lurking over my head. That too, has been a luxury I missed for most of the last 11 years.
Only now, the feeling is back. It’s a sense of worry to have him so far and more it’s a reminder of the danger I once felt when I lived there. It’s a fear buried deep inside. For the most part, the United States has been one of our most benevolent “pit-stops” on our journey home. At times, I did feel that there was a near and present danger. Mostly, it was just something that lurked underneath. Perhaps an awareness? 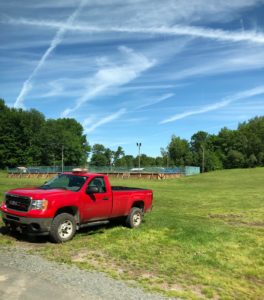 Whatever it was, whatever it is, it’s back. Yes, I’m worried about him again. As much as I am happy he is having this new experience, I feel unsettled again. So I see the pictures he sends. They are as beautiful as I remembered. The lush greenery so vivid when compared to Israel’s more stark landscapes.
Really, compared to all the different ways he could go abroad after the army, he’s chosen the easiest a mother could ask for. There’s a great kindness in his not going off to the wilds as many young Israelis do. I’m so grateful and still – I’m nervous.
So what is the danger that I fear? Part of me wants to say it is the growing anti-semitism in the US and all over Europe. Attacks on Jews who are simply walking in the street; shootings in synagogues, and swastikas defacing Jewish graves and Jewish property. The threat is real; the danger growing. Is that my greatest fear?
Perhaps, it is something else. David’s tasks over the next few months are relatively clear. He will work with America’s Jewish youth; he’ll be the handsome, tall, strong Israeli who switches between Hebrew and English effortlessly while they struggle to put sentences together in Hebrew.
David was a combat soldier. I can still remember being a teen in America, loving Israel from the distance. In so many ways, my son represents the dreams I carried in my heart and he will stand tall and proud and strong as an image of Israel to these young people. He’d probably kill me if he read this and not really understand that he is truly the image of the “new Jew” that Menachem Begin wrote about decades ago.
And as part of his combat training, he learned how to defend himself; how to be aware and watch. So the danger I fear may be something else. Deep down, as my heart leans one way, my brain demands an accounting.
Perhaps the danger I really fear needs to be examined further.
It's only fair to share...