So a friend of mine was part of a Facebook group that was made up of people who were involved with all kinds of what is termed “lightworkers” – people who work in the less mainstream side of healing, such as empaths, clairvoyants, spirituals healers and others. More importantly, it was a group that had nothing to do with Israel.  But despite this she noticed that, as time went on, people started to interject and refer to “zionism” in the group in a very negative way, equating it to racism or apartheid or some other kind of evil ideology. She became confused and uncomfortable, because growing up in a Jewish Zionistic house, she knew none of this was remotely true. She challenged those in the group, but failed to receive a response.  Thinking perhaps people simply didn’t understand what zionism meant, she made a video, outlining some basic facts about Israel, Zionism and the conflict in Middle East and shared it with the group. Her intention was to clarify with the group the meaning of Zionism.

She expected the members, who by the very nature of being part of a group like this, would be sensitive to what she said and receptive. But what followed next shocked her to the core. Her video was deleted and she was called all sorts of names and deemed a racist – including by another Jew! She was told to go back to the oven where she belonged and was inundated with messages such as “Hitler was right” and you are a “zionazi.” People who she never dreamed would be anti-Semitic were posting all kinds of poisonous vitriol hatred against her for standing up for Israel.

And it causes any rational person to wonder – just why are people against Israel?

Israel is a modern democratic country with full rights for all its citizens – Jews, Arabs and Christians. People are free to live the kind of lives they want to; free to worship however they wish, give their opinions without fear of intimidation, dress however they choose, and get access to any literature they want. Despite being surrounded by enemy countries, it is a free society governed by personal choice.

Who can possibly be against that?

But you see… here’s the thing.

People are not against Israel because of her policies.

They do not rally against Israel because of the so-called “occupation” or “territorial disputes,” because there are plenty of places around the world that have those – all of which are ignored.

They do not rally against Israel because of how the palestinians are supposedly mistreated since there are so many places around the world where people are genuinely oppressed. Just look at how palestinians are treated in Arab countries or look at North Korean citizens, or look at different tribes in parts of Africa, or how Indians with a lower caste are treated.

They accuse Israel of racism, because it wants to deport illegal African migrants, but once again there are so many countries who have deported tens of thousands and hundreds of thousands of illegal migrants, yet there are no demonstrations against those countries.

They say Israel uses “disproportionate force” in military response, yet remain silent when any other does the same.

None of Israel’s policies matter, because the real reason, and the reason my friend’s video was rejected, is far simpler.

And that is that when it comes to Israel, the facts don’t matter – and yet they do. They matter, because it’s critical for us to equip ourselves with as much knowledge as possible about the nature of the conflicts and the history of the country as possible. And they matter when you are dealing with rational people who have a genuine desire to seek knowledge before anything else

But they also don’t matter when you are dealing with other people who are not interested in them in the first place. Their minds have already been made up, poisoned by prejudice and hatred.

Just think about it. The palestinians receive the sympathy of the world with no real facts to back them up, just constant chants and accusations that hold no substance, yet Israel receives the world’s contempt despite an abundance of facts and figures. 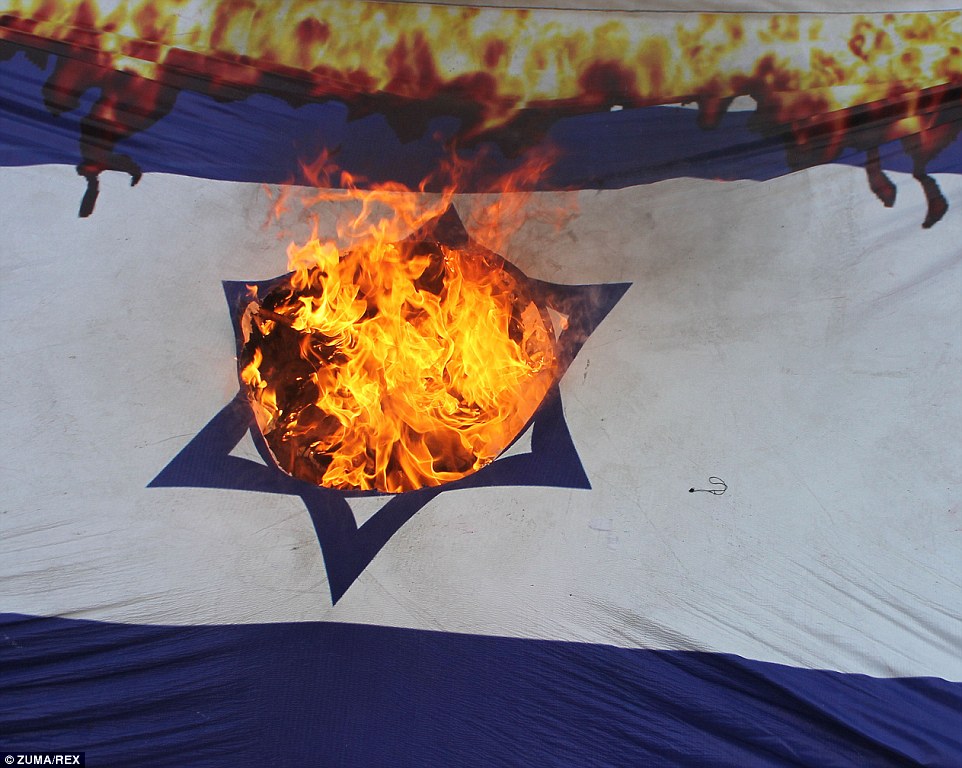 Because when it comes to Israel, it comes to the Jews. Now I get that I sound like one of those paranoid Jews who finds anti-Semitism hiding under every rock, but I would just pose the simple question: Is Israel treated the same as any other country?

From above, it should be clear that it isn’t.

Historically, the world likes the Jews to be poor, downtrodden, and powerless. If Israel ever had to be destroyed – the world would express plenty of sympathy and empathy – but do nothing else. During the Holocaust, Jews were turned away from every port on earth, including the United States. They were prevented by the British from entering the Land of Israel – despite their government’s promise and recognition of Israel as the Jewish Homeland in the Balfour Declaration. The majority of those Jews – men, women and children – were sent back to their deaths in Nazi Germany.

Jews weren’t running to find better lives – they were running to save their lives!

These days, the campaigns against Israel and the Jews, be it Poland, Ukraine, the EU, the United Nations or UNESCO, has tapped into something that is considered the oldest hatred of all – anti-Semitism. People have grown comfortable and confident again in slandering the Jews. Yes, they say Israel, and not the Jews, because to them it gives them cover against the accusation of anti-Semitism, but in reality it’s just semantics. The result is the same.

They tell us they are acting in the service of justice, but in reality they are the servants of injustice.

And while there are plenty of amazing individuals who support Israel, a simple look at the voting patterns of countries at the UN will tell you the overwhelming majority of countries do not.

Israel exists. The Jews have their country back – and people don’t like that.