I have awful memories of going to that old American Consulate near the Damascus Gate, so it was a great relief to finally go to the New Jerusalem US Consulate.

We’ve been in Israel since 1970, so I can’t count the amount of times I’ve had to go to that horrid building in east Jerusalem that the American Government had used as its consulate for decades. It wasn’t just the building, of course, which was unpleasant and needed major repairs. The last time I was there was winter, and there were leaks. Jerusalem for the American Government had been considered completely Arab, so the staff was only Arab. And they weren’t nice to us Jews. One time as I got back to the bus stop by the Damascus Gate wheeling my then baby, the driver jumped out and lifted the stroller onto the bus for me. That’s how awful I looked from that visit.

Another time, I was escorted by a gentlemanly Russian immigrant, who came armed with his licensed pistol. He volunteered to escort me, because he felt that the neighborhood wasn’t safe. And when I was inside taking care of business, he sat outside and waited for me to exit. Then he escorted me back to a safe Jewish neighborhood.

It has been a long time since I’ve needed any consular services, so I really hadn’t a clue as to the consulate’s new location. Its internet site said to take the 78A bus which isn’t very frequent, but a friend gave me walking directions from her home. Her directions made it seem easy to get to. And Google Maps have a choice of buses and very easy directions. I followed Google. After getting off the bus, I spotted a sign to USA Consulate and followed. 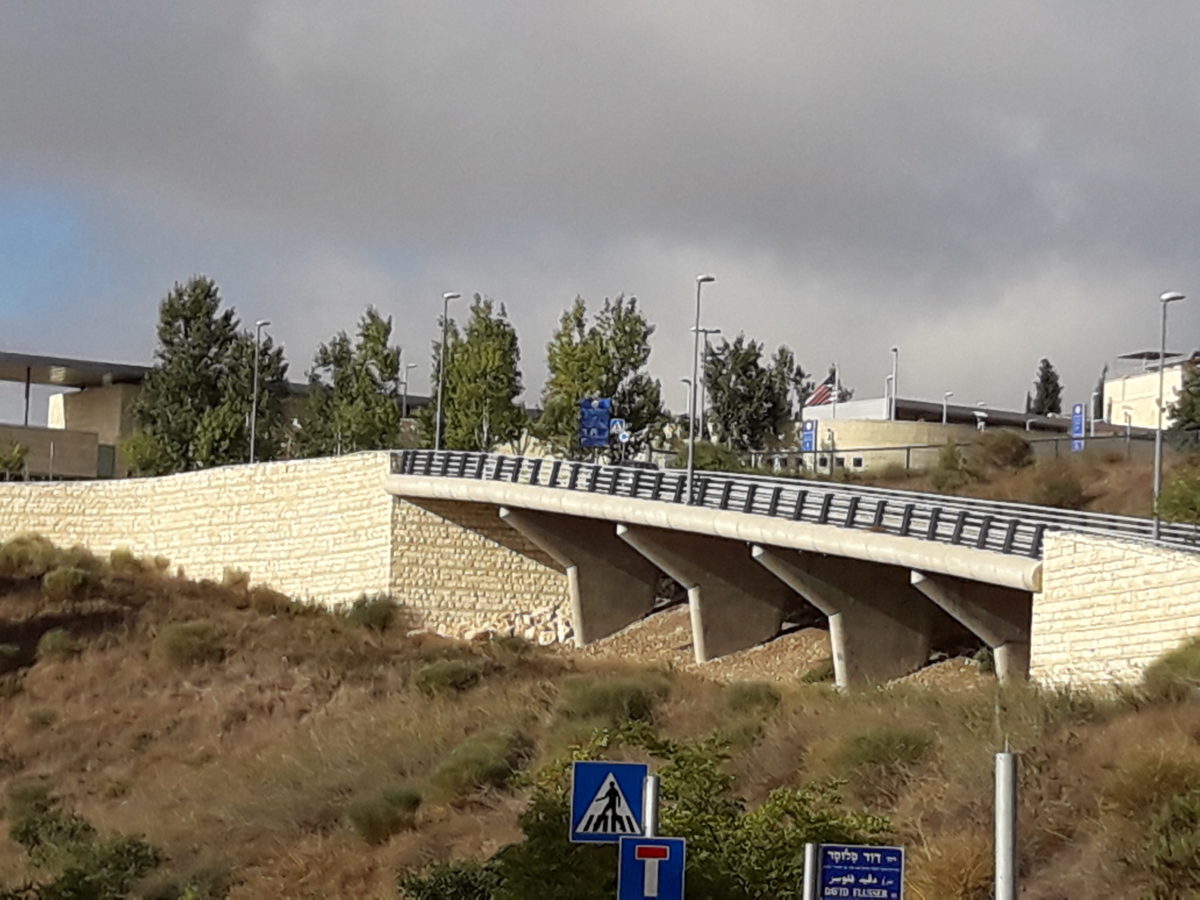 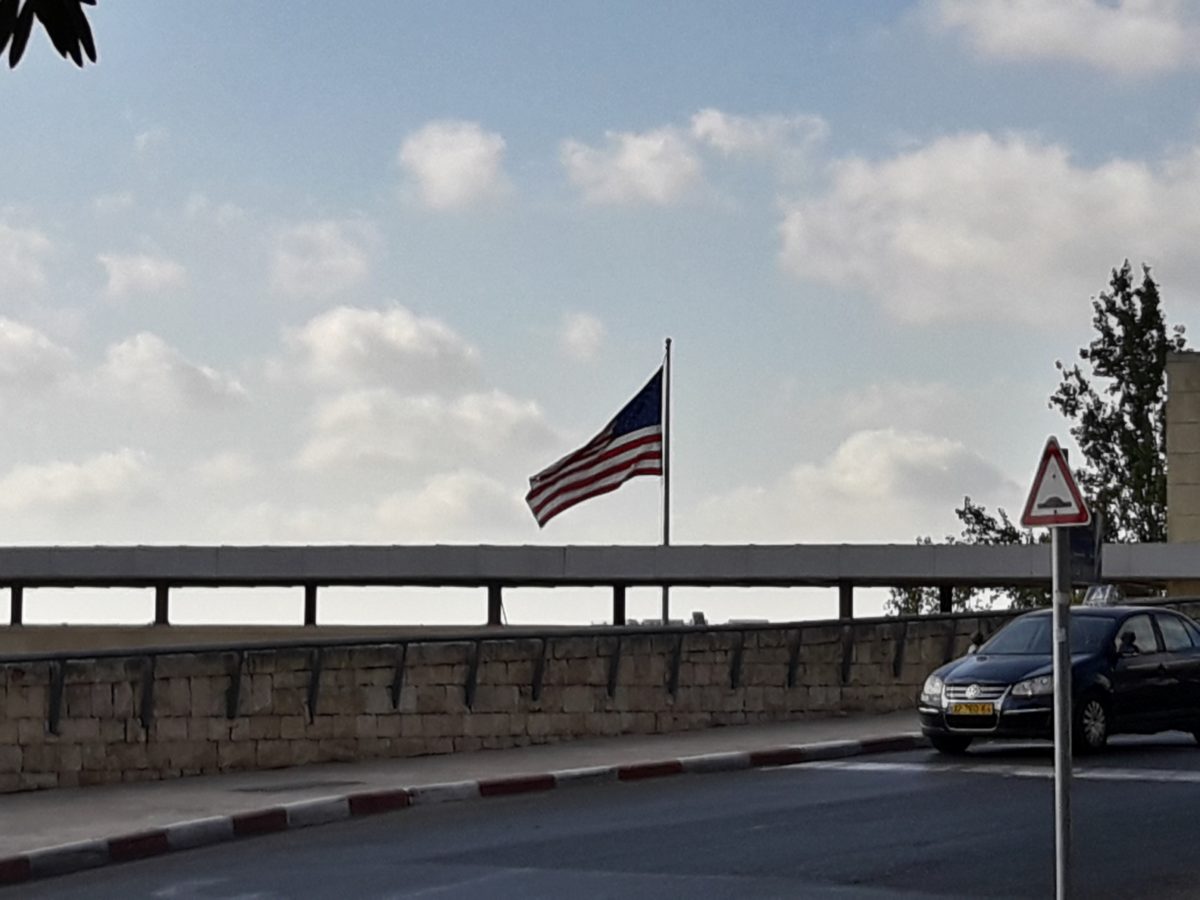 It really was an easy walk as you can see. As I approached the New Jerusalem US Consulate, I stopped taking pictures, since I was afraid that the guards would then find me suspicious and interrogate me. That happened to me someplace else. And to get in the consulate, you must hand over your phone and camera and chargers etc. You no longer have to hand over all of your bags, which I remember doing the last time I visited the old one.

After going through security, which was much more pleasant than taking an airplane in the states, I entered a courtyard. On the side, before the main building, there are even public toilets. Of course I couldn’t photograph them, but not only were they clean, but there was also a cup for the ritual Jewish hand-washing. Yes, I was very impressed.

I just wish I could have photographed the area where we can take care of consular business. Not only were there comfortable chairs, but there were children-ized chairs and tables, too. To put it mildly, I was in shock. Everything was pleasant, thank Gd. What a change. The staff was mixed Jewish and Arab. I had brought enough money to pay, but didn’t realize I needed exact change. After emptying all of my change on the counter I was short a shekel or so, but my money was accepted. They probably had rounded off the amount, so they wouldn’t get stuck with lots of small change. If needed I would have asked people who were waiting.

One thing is that I don’t know if I’d go on a rainy day, since there may not be protection from the elements. I’ll have to take that into account. But I am so happy that the American Government has made a New Jerusalem US Consulate in which Jews can feel comfortable.