Linkedin
Last night, my youngest son went to Joseph’s Tomb in Nablus/Shechem with his yeshiva. It is a place I dream of going, a place that calls to me; Joseph calls to me.
I’ve been to Rachel’s tomb in Bethlehem many times, and each time I am there, I almost feel that I owe her an explanation for why I have never been to her son’s grave. I feel like I am supposed to report to her, to tell her he is well. Yes, I know he is dead (I’m not insane). And I know he died thousands of years ago…and still we remember him. Still we remember her. 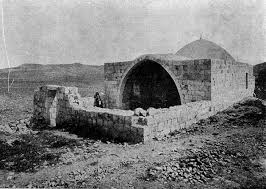 But his grave comes under attack very often. They have burned the books that are there, smashed the tomb so many times. Last night visitors were again stoned, a bomb detonated not far from the soldiers who guard the tomb. The Tomb of Joseph is a target and though he is dead, I feel Rachel’s pain. Long ago, I felt that if we are not going to protect the grave, we should move it. Joseph’s bones should be removed and reburied beside his mother. I know that when a parent’s body is dug up and buried in another place (not something Jews do on a regular basis but it does happen), the children sit in mourning for a day, as the re-interment takes place. That is what we should do – remove Joseph’s remains, as we would for a Jew whose grave has been repeatedly desecrated…as we should for Rav Nachman of Breslov.
Joseph calls to me, as does Rachel…it is written that she wept for her sons…that she weeps for them now. That from her grave and from the heavens, she continues to watch over her children…and weep. What mother hasn’t cried for her children? But somehow, her tears are endless. Rachel died when she was 36 years old…never to see her children grow, marry, have children of their own. Except she does see, she does know. 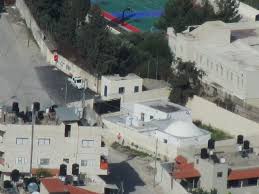 There is such tragedy in her short life and yet she is perhaps remembered more for her tears. She was buried alone…for that too, I cry.
More times than I can count, Arabs have attacked Joseph’s Tomb (and Rachel’s). Years ago, an Israeli soldier died, Madhat Yusuf, bled to death, because the Israeli government under Ehud Barak, refused to send in troops to rescue him for fear of inciting further riots (and once the now dead soldier was evacuated and the tomb left under guard of Palestinians…the tomb was smashed with sledgehammers). For this too, I cry.
Last night, David went there. A few months ago, he was one of the soldiers guarding the Tomb of Joseph…and his patrol car came under a stoning attack. Because he was riding in a secure vehicle, only the vehicle was damaged while our precious soldiers…my precious son…was inside and unharmed.
I didn’t know about it at the time…these are the stories that come out only after a soldier has finished serving. Only then do they begin to tell a mother stories that would have broken them. 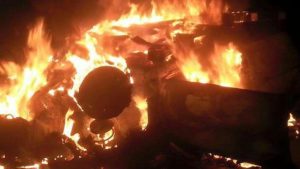 Last night, he went back there – not as a soldier, but as a Jew giving respect to Joseph and in doing so, to Joseph’s mother Rachel. Each time I read about yet another group of visitors being attacked, yet another time the local population goes on a rampage and destroys the tomb, I wonder why the Israeli government fails to hear Rachel’s pleas; why Joseph remains abandoned.
When he died in Egypt, Joseph made his children promise that when they left Egypt, his bones would be dug up and taken home…to Israel. His final resting place is pictured above. Around it, the city of Shechem/Nablus has grown, as the city of Bethlehem now surrounds Rachel’s Tomb and the city of Hebron surrounds the Tomb of the Patriarchs (Abraham and Sarah, Isaac and Rebecca, Jacob and Leah).
Under cover of darkness, in the middle of the night, Jews are allowed to visit Joseph’s Tomb. They go under heavy guard, in bullet-proof buses and soldiers in armored vehicles. Often, these convoys are attacked. Unless Israel is prepared to protect Joseph and allow free access to his tomb, it is time to move Joseph’s bones again. I call on Prime Minister Benjamin Netanyahu to go to Joseph’s grave. Go to the Tombs of our patriarchs and our matriarchs and tell them that their prayers have been answered. Go to Rachel’s grave and tell her that she no longer has to weep. We have come home. And tell her you will protect her son’s grave…or tell her you will move it and bring Joseph to her. Either one…but do something so that Jews don’t have to sneak in darkness in the middle of the night to pay our respects.
Perhaps then, Rachel will stop weeping.
It's only fair to share...