When I saw the news of the police / MPs and the Ultra-Orthodox trying to have a sit-in against the draft, I thought, “If those had been Arabs and not Jews, the whole world would have been screaming. There can’t be a reason to kick a man when he’s down.” No matter how much I agree (A LOT) with Paula’s post, the treatment looked wrong. But I didn’t write about it, because I just don’t know.

It’s about perspective. Truth is subjective, as I’ve told my kids when they see something in black and white. You are walking down the street and see a car crash. You noticed that the driver of the car closest to you was on the phone. Your truth is that it was that driver’s fault. Your twin brother is walking to meet you, on the other side of the street. He saw the driver of the other car was smoking a joint. His truth is that it was that driver’s fault. Neither of you saw the child run out between parked cars to get a ball – the child for which one of the drivers swerved, causing a few dents but no deaths. What is the truth?

The Fallacy of Utopia

The truth is the British press used to slant in favor of Israel. But there is no glory in state-building. Diplomacy is boring and imperfect. You can know if it is successful only years later. That doesn’t make for saleable headlines. And then, the State of Israel did not become an instant utopia. The divergent populations, the conflicting desires of different types of Jews, the constant overwhelming influence of foreign interests, all quickly turned this vision into a non-fantasy reality. Some say the anti-Israel slant of the press is due to the reality falling short. If after all, we could have made a happy homeland of worker Jews who knew their place and were simply grateful, the British would have been absolved.

I have experience with a parallel, smaller scenario that I think makes it easier to understand. A few years ago, the local paper of Modiin printed an article about Neve Shalom – Wahat al-Salam – the Oasis of Peace. About how it was a farce because there were conflicts in the school. Then I had the opportunity to go there myself, to speak with the principal of the school and the children, and with the head of the School For Peace there. I asked them (the adults – you can’t be so blunt with children): “You paint a very different picture than what we see in the news.”

“Ha!” smiled the head of the School For Peace. “When we behave like humans and show that we are living in real life, they make a big deal. They seem to think that if this is not utopia, it is a failure.”

Peace, real peace, is not a treaty-signing ceremony. It is not a day of dancing in the streets. After the parties, people go home and wake up the next day with the same prejudices and ignorance of two days before. Real peace is understanding born of knowledge and acceptance. Real peace is a dedication to learning about the Other, until the Other is your neighbor and friend.

The State of Israel is a real place, populated by real people. There are going to be conflicts and prejudice. I have my own. And I think that Rabin was wrong. You do make peace with your friends. If the populations of a nation are divided, real peace with other nations is as unlikely as a schizophrenic developing real relationships with his acquaintances. So first, we acknowledge our differences, find some common ground, and grow from there. And while we are healing ourselves, we ignore the UK and USA and everyone else who tries to paint 8.5 million people with the same brush – anyone who cannot see the shades of subjectivity that are reality and insist they know what is right for all of us.

On the other hand, some people/press are anti-Israel simply because of an extreme “liberal” perspective that the underdog is always right. There’s nothing you can do about that. There’s nothing we should do about it. If the UN and different press franchises choose to vilify governments that have power, no matter how well or ill they use it, they are not worthy of our time or effort to debate.

Reasons to be Proud of Israel

But for my friends and family who are on the fence, for those who hear the slanted news and wonder, I think it’s time to talk about the good that Israel does.

Israel is helping the Mexicans after the earthquake. International resources are stretched thin to help victims of the hurricanes. The Mexicans have been going it alone, with civilians helping trained First Responders after the first quake – and then a second comes. “Israel received a request for assistance from Mexico”. 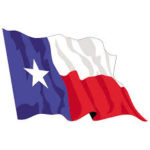 But Israel is also helping victims of the hurricanes. Most cities in Israel have sister cities around the world. The conservatorium and library of Kfar Yona, where my children heard their first opera and did their homework, was funded by Jewish communities in Canada. Now Israel is giving back to those same communities.

Israelis help refugees from Syria, Iraq, and Pakistan. “You are meeting fellow human beings,” [Tali Shaltiel] said. “You see agony and pain, you see a need, then what does it matter where the person is from.”

Israel is helping Palestinians when it became clear that Hamas was not getting the resources to the people.