In the heavens today, there are two men that weren’t there yesterday and by all rights, shouldn’t be there today. Actually, to say they are in the heavens is incorrect. One is in heaven. Now we know, his name is Yotam Ovadia. And that he was only 31 years old, a husband, and a father of two. Yotam’s two sons, just two years old and 7-months old, are too young to  yet understand what they have lost.

And the second one wasn’t a man, and he isn’t in heaven. His name was Mohammad Tareq Yousef. He was 17 years old and he’ll never grow to be a man. As for where he is, it would be wrong to say he is in heaven. That is a place reserved for the good people, like Yotam. Some day, hopefully not for many many decades, there will be a place for Assaf Ravid. Despite being stabbed in the shoulder by Mohammed, Assaf managed to pull his gun and shoot Mohammed, the terrorist.

Another two other people were wounded in the attack; a woman was treated for shock. Mohammed was dead on the scene; his corpse left on the ground while the wounded were treated and evacuated.

Last night, I danced at a friend’s wedding. She was a beautiful bride; her husband smiling and happy. It was a lovely wedding and they did something so creative. On the table under a napkin was a note, “You won the vase.” During dinner, I checked my phone. Don’t ask me why. It’s a thing I do when my country is under attack (which is pretty much all the time). No, during the wedding we were blessed not to have been hit with rockets.

But there was a terror attack. Three wounded, one mortally wounded, and the terrorist had been neutralized. Permanently. 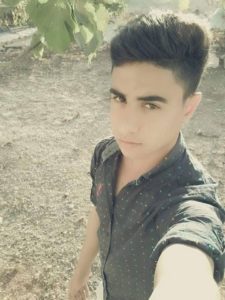 Later, I would learn their names, these two who are no longer in this world. Yotam will watch his sons grow from above; Mohammed will rot in everlasting hell. While Yotam goes into the light of the world to come, Mohammed has discovered  the sad reality that he’s been scammed. No virgins awaiting this boy that will never grow into a man; no praise for the cold-blooded murder he committed.

Mohammed quickly becomes irrelevant. Just another case of a child raised to hatred, fulfilling the destiny of a twisted upbringing. Yotam, by contrast, will be remembered forever. By his young wife and children and by a nation in mourning.

My Sabbath table will be graced with the beautiful roses from my friend’s wedding. They are not tainted by the violence thrust against our society last night. Rather, like Yotam’s sons and the wedding last night, they are a symbol of the beauty in our land.

And I am grateful that in our country, terrorism is quickly recognized and proclaimed. Yes, the name of the terrorist was Mohammed and yes, he killed in the name of his god, Allah. Perhaps, when Canada and the countries in Europe can say that simple phrase, the world will begin dealing with the root cause of these violent acts. It was never about the “occupation” and it really isn’t about Israel. 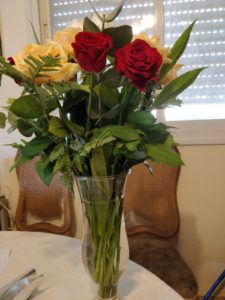 Mohammed was a terrorist fulfilling the will of Islam, as he interpreted it. Was his interpretation correct? Well, I’ll leave that to others to theologize. Today, there will be two funerals in Israel. Yotam will be buried this afternoon in Jerusalem; his soul rests in the heavens. He will be a guardian of Israel, watching over his wife and sons in the difficult days ahead.

I don’t know what they’ll do with Mohammed’s body, nor do I care.

Shabbat is coming soon. It is a day of peace; a chance to heal after a long week. May God bless Yotam’s memory and send his family peace. And may God watch over the land and people of Israel and bring peace to Jerusalem and Israel.