A few months ago, Palestinian Jordanian dissident Mudar Zahran invited me to speak at the Jordan Option Conference in Jerusalem.  He asked me to take part in this conference at a time when King Abdullah of Jordan was increasingly inciting violence against Israel, thus greatly contributing towards tension in the Middle East. This incitement led by the Islamic Movement, Hamas, Fatah and Jordan’s king created an atmosphere in Israel where two Druze police officers and an Israeli family sitting at the Sabbath dinner table in Halamish were murdered.  Around the same period of time, an Israeli was stabbed in a supermarket in Yavne, a female terrorist attempted to stab a Haredi man in Jerusalem while actually stabbing an Israeli Arab who was wearing a tee-shirt with Hebrew letters on it and another Israeli was stabbed in Petach Tikva, which is not too far away from the city of Netanya, where I live.

As an Israeli, I was tired of hearing the Jordanian regime describe terror attacks against Israelis as “heroic operations” and urging Palestinians to kill my people.   I was dismayed that last May, when a Jordanian Palestinian terrorist who arrived in Israel as a tourist stabbed an Israeli police officer multiple times, resulting in the terrorist getting shot, the Jordanian government accused Israel of committing a “heinous crime” because they had the audacity to go after a terrorist. I was also upset that Jordan released terrorist Ahmed Daqamseh, a former Jordanian soldier who murdered seven Israeli school girls as they visited his country and gave this terrorist a hero’s welcome upon his release. I was equally enraged that Jordan refuses to extricate Palestinian Hamas terrorist Ahlam Tamimi to the US to face trial, where she would have faced justice for her role in murdering American and Israeli citizens during the Second Intifada as well as for all of the incitement to terror she is guilty of engaging in since she was released as part of the Shalit deal.

Furthermore, I was tired of reading headlines proclaiming that the king considers it is his duty to “defend Al-Aqsa” while alleging Israeli violations of the status quo, thus helping to fuel the myth that Al-Aqsa is in danger, a slanderous lie that not only fuels unrest on the Temple Mount but also encourages violence that kills people.  The connection between the Jordanian regime and the unrest around the Temple Mount in Jerusalem is well-documented.  And the headlines have not changed much since that violent summer.  Just over Sukkot, the Jordanian regime condemned Israel for allowing Jews to visit the Temple Mount in honor of the holiday. Such public statements have the potential to inflame the situation until it boils over out of control.

Given such developments, I strongly believe that the status quo is not sustainable and that despite the existence of the peace treaty between Israel and Jordan, Jordan’s king is part of the problem rather than part of the solution.  It is time for us who are victims of the king’s incitement to take action in order to ensure our own security. If Jordan’s king gets booted out and Palestinian dissident Mudar Zahran takes over, not only will the Jordanian incitement in favor of terrorism against my people come to an end but the descendants of Palestinian refugees all over the world will no longer be stateless and will have a place to return to other than the State of Israel.  Since the majority of Jordan’s population is already Palestinian and the Hashemites are despots who were installed by colonial powers, a democratic revolution in Jordan is within the realm of the possible.  Provided that we empower Mudar Zahran and not the Islamists, who are the only two alternatives to the king, allowing a democratic revolution in Jordan can greatly benefit the State of Israel for once the descendants of Palestinian refugees living in places like Syria and Lebanon have a place where they can obtain citizenship, human rights and gain the ability to own homes and earn a living, the conflict will immediately die down and become easier to solve.

Someone asked me over Twitter why I should stick my neck out for such an idea by speaking about the oppression of Jordanian dissidents and opponents at the Jordan Option Conference for even if Jordan does become the Palestinian state, the conflict won’t end anyways. In response, I say that I am not so naïve as to think that the conflict will go away if Mudar Zahran is successful in overthrowing Jordan’s king and becoming the next ruler.  We still have 2.9 million Palestinians living under the Civil Administration. We will still have to deal with violence from Fatah, Hamas and the Islamic Movement. Furthermore, Fatah will still create issues for us in the international arena.  However, if Zahran is successful in Jordan, the level of support that terror groups like Fatah and Hamas receive will die down for average people that just want citizenship, homes and jobs will be empowered to distance themselves from such terror groups.  The support the Islamic Movement gets will also significantly fade for similar reasons. This will greatly enhance Israel’s security even if we don’t see immediate improvements on the diplomatic front.

In addition, the Jordan Option will then set the stage for the implementation of Mordechai Kedar’s eight state solution further down the road in the long term for the 2.9 million Palestinians living under the Civil Administration, an idea which I very much support for it ensures a Jewish democratic majority in Israel while at the same time not surrendering Israel’s vital security needs.  It also enables the Palestinians living in Judea, Samaria and Gaza to gain citizenship rights, either in Israel in the areas annexed by the Jewish state or one of the eight city states that will be created. Since most of the rural areas of Judea and Samaria are sparsely populated with Arabs, granting those Palestinians Israeli citizenship won’t alter the democratic Jewish majority in Israel.  With the Jordan option, all of this will be much easier to bring into fruition.  Without the Jordan option, opponents of Kedar’s plan can rightly argue that while this plan can work for the Palestinians in Judea, Samaria and Gaza, it is still a non-starter for it does not find a solution for the descendants of Palestinian refugees living in places like Syria and Lebanon under horrendous apartheid-like conditions.

Given this reality, I jumped at the opportunity to be part of this historic conference, which Zahran thinks has the potential to be as great as the First Zionist Conference in Basel, Switzerland was. Some may argue that such thinking is grandiose and allege that Zahran lacks popular support on the ground but yet again, in 1897, the idea of establishing a Jewish state in Israel that was promoted at the First Zionist Conference was also considered to be off the wall and the early Zionists were social outcasts in the Jewish world, opposed by the vast majority of European Jewry.  In fact, most of Theodore Herzl’s contemporaries considered him to be so out of touch with reality that Herzl was forced to declare his state in Basel instead of Munich like he had wanted due to local Jewish opposition.

The Reform Jews of that time felt that Jews needed to assimilate into the countries where they were born into it and many Orthodox Jews opposed Herzl for the messiah had not come yet.  In addition, none of the rulers at that particular time were swayed by Herzl’s arguments. However, this opposition did not deter Herzl and eventually after the Holocaust, most of world Jewry came around to supporting his ideals and in 1948, his state became a reality.  Thus, history has proven that Herzl was not so off the wall after all.  He was merely ahead of his time.  I must stress that the future is built by the idealists and the visionaries, not those who are stuck in the status quo and can’t contemplate a better future.

Because I strongly support this conference and the ideals that it stands for, I am greatly disturbed that the media coverage, social media posts and blogs posted in recent times about this conference are focusing on the war of words between… 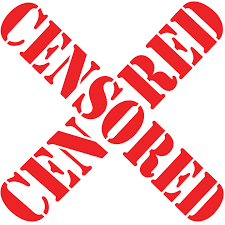 Due to a threat of a lawsuit against Israel Blogger … the remaining text in this post has been temporarily removed. To date, no proof that libel exists has been presented in any court of law, no judgment has been rendered. We were told we had two hours to remove the name of a noted journalist, and this has been done. We, Israel Blogger, condemn censorship, bullying and threats and yet…in a single action, so much of what we believe in has been attacked. Israel Blogger was to be an open and uncensored platform. How sad that in the end, the platform be censored by a journalist and his powerful lawyers.

Rachel Avraham is an Israeli-American journalist who specializes in counter-terrorism issues, Middle Eastern affairs, the Israeli-Palestinian conflict, Iran, Turkey and radical Islam. She is presently working as a senior media research analyst at the Center for Near East Policy Research and as a correspondent for the Israel Resource News Agency. She has a masters degree in Middle Eastern Studies from Ben-Gurion University and a BA in Government and Politics from the University of Maryland at College Park. She is the author of "Women and Jihad: Debating Palestinian Female Suicide Bombings in the American, Israeli and Arab media." She is in the process of writing "Moroccan Jewish Women: The history and culture of a lost community."
View all posts by Rachel Avraham →