[taken from chapter 6 of To Cross The Line With A Bridge (Rabeinu Publications, 2015) quoting the time-table from Beit Torah Ohr Gadol’s disk series “Sha’at HaEfes”] 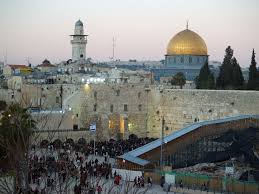 “Maybe others had the patience for durations like the Hundred-Years War or the down-sized Thirty-Years one, but for His holy people back on their Promised Land, He would deal an appropriate Six-Day War.

“Granted, even the Sinai Campaign in 1956 ended in a jiffy.  Israel swept all the way over the Sinai to the eastern bank of the Suez Canal and crushed Nasser’s legions in all of less than ninety hours.  And of course the Sinai War had to precede the Six-Day War – it had to go according to the sequence of the Bible, though then it required us forty years to cross the desert before entering the Land of Israel.  See, the Torah isn’t what was a long time ago.  It’s today’s news and what’s expected – the forecast for tomorrow – plus gives you the WHY it happened factor too.

“So look at the Six-Day War.  This was the war by which we took back all of our holy cities and sites within the Land of Israel, after almost two thousand years:  Jerusalem, Hebron, Tiberias, Tzfat, and the shrines of Rachel in Bethlehem and Joseph in Shechem.

“I mean, look at the time-table of the war:

7:46 a.m. – The Israeli Air Force attacks the Egyptian air field in the Sinai and within two hours destroys 450 enemy planes.

8 p.m. – The Egyptian Army accepts an order to retreat. In two days this front is over.

9:45 – Jordan bombs Jerusalem and the central part of Israel.

5 p.m. – Israel completes its capture of Shechem and the tomb of Joseph.

Midnight – the Jordan Army accepts an order to retreat.

“The timetable of the war was more like a highly-structured, well-organized, six-day crash corporate seminar itinerary.  It’s along the mindset and attitude of ‘Hey, honey, let’s cram this thing tight enough so we can all be home for Shabbos, okay.’  Really, with an itinerary like that, you’d think it was a convention being held at some big fancy hotel.  All that was missing from the agenda, if at all, were entries for mid-morning refreshments and a buffet lunch – and served on a silver platter no less.  Even the Pentagon at the time declared that from a military history point of view, nothing at all could be learned from this war, because it was, in its entirety – a miracle.

“The Six-Day War vis-à-vis the six days of creation.  And The Six-Day War marked the first of the two steps towards The Redemption that Daniel the Prophet recorded – exactly 1,290 years since the building of ‘the desolating abomination’ [mosque] atop our Temple Mount (Daniel 12: 11). “