Imagine for a moment, what you feel after a long day of work, family and activity. You’ve been dreaming of bed for the last two hours but you need to get things ready for tomorrow. Perhaps you have children and you are picking out their clothes, putting away endless loads of laundry and you’ve finally gotten to the last pile. Perhaps you have an urgent deadline, and you’ve finally gotten to the last page and with a sigh of such relief, you shut the computer down. Maybe you are a teacher and have had a longer day then usual.

Whatever the story – imagine.

It’s summer and hot and the air is barely moving. Maybe you’ll turn the air conditioner on? But, there’s a thought in the back of your mind, a worry that maybe you won’t hear things well enough. Never mind. The wind kicked up a short time ago and the breeze coming through the window is enough. And, honestly, you’re so tired, you’d sleep no matter what.

You need to take a shower before you go to sleep. You play around with the idea of getting up 15 minutes earlier and showering then but really, after the long day you’ve had, you know you’ll sleep better. You’re an expert at fast showers; aren’t we all? Five minutes, handfuls of shampoo and soap and conditioner and you’re already toweling yourself dry and counting the steps to the bed. 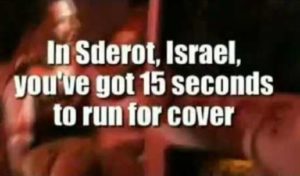 Did you lock the door? Really, you live in one of the safest countries in the world and in one of the safest regions, but you never know and so you check. Doors locked. Everything’s fine. A quick check on the children and that’s it. Imagine that you have a little one and he’s sleeping like the beautiful baby he is. Just looking at how he sleeps brings a smile to your tired face and you’re glad you took a second to check on him. The room is comfortable; he’s fine.

Maybe you look across the room to the tiny bed in the corner. Your older son is once again perched on the edge of his bed. Honestly, how he doesn’t end up on the floor every night, God alone knows. You half pick him up, half move him more towards the wall and give him a gentle kiss on the head. For the good and the bad, you know that he’ll sleep through nearly anything so you aren’t worried about his waking up from gently being placed, yet again, more towards the center.

Next, the third bedroom, where you oldest sleeps. Smaller than the other two bedrooms in your apartment, it’s the perfect room for her. She’s seven and a half, and her room is purple because that’s what she wanted. Purple walls, purple sheets and even a purple, blue and green rug on the floor near her bed. You pick up the book from the floor and smile again. She’s been reading so beautifully lately and often falls asleep with a book next to her. After you turn on her little night light, you close the lamp near her bed. It’s finally time.

Can there be a better feeling than climbing into bed after a long and exhausting day? Your husband has been asleep for two hours.

Wonderful man that he is, despite his own long day, he offered to wait up for you but you told him you’d be along very soon and then you remembered the load of clothes that still needed to be put away, and the note you needed to write. But now you’re here with him, clean from the shower, totally relaxed.

So, you snuggle close and even in sleep, he puts his arm around you. Eyes closed, you’re just drifting when you hear it.

Warning: Sound of an incoming rocket attack. Do not play in public where you might panic others.

You have thirty seconds to get up and run to the boys room and grab them both. If  you live in Sderot, you only have 15 seconds. Ashkelon residents have 45 seconds. Let’s imagine you have 30. Your daughter’s room is really a bomb shelter and just about 100 days ago, you closed the heavy metal window. She complains about the lack of air, but you explained to her that it’s safer and if she wants, she can sleep in the boys’ room.

Thirty seconds. Think about what you can do, how fast you can run…in thirty seconds. Let’s say your husband has already heard the alarm. You’ve practiced this countless times and worse, done it when it wasn’t practice. He will grab 4-year-old Daniel; you will grab the baby. He’s always faster, your husband. By the time you enter the room with a startled and crying baby, he’s already slamming the door closed. Seconds that seem forever pass by. You don’t hear anything but your husband checks his phone. How he thinks to grab it each time, you’ll never know, but he does.

“All clear,” he says in a low voice as he cradles Dani’s head on his shoulder. The little boy went back to sleep. Now what?

“I’ll get the mattresses,” your husband says, as he lays Dani at the end of his sister’s bed. It’s 3:41 a.m. and that easily the decision has been made to sleep in the bomb shelter. “Open field,” he mutters to himself as he walks to the closet in the room and starts pulling out the thin cushions that are stored there, the pillows and extra sheets.

This time, you find you can’t move. It’s just too much. You’re so tired. You can barely think, but the baby has fallen asleep again on your shoulder so you sit on your daughter’s desk chair and watch your husband take charge. You’ve done the same for him. In no time, without you even moving, there are three mattresses on the floor. How did he know? You’re too tired to move; too tired to think. He takes the baby from you and you watch as Dani and the baby now sleep on mattresses on the floor; your little girl was awakened from the commotion in her room. She is reading a book and you know better than to tell her to go to sleep.

Sleep will come now…until the next alarm. Safe in a bomb shelter, you’ll sleep with your children. Why? You don’t ask anymore. You just pray…until the sound comes again…

Tzeva Adom…Tzeva Adom…Red Alert….Red Alert…Can you imagine what it is like? And to live this way for weeks and months at a time? This is Israel.

With thanks to Tom Oren-Denenberg for allowing us to post his videos and pictures. Tom is a graphic designer, living in one of the most beautiful places in the country…and for over 100 days, his home, his family, his life has been under attack. May God watch over them all and end this barbaric attack against our land.