The world should hang its head in shame. Deep shame. Embarrassing shame. Penetrating shame. Here is the kind of shame that should cause them to have sleepless nights, as they try to explain to their kids about the day they supported evil.

Because when the UN failed to pass a resolution that was so simple, so logical, so acceptable, they confirmed just how morally empty and devoid of any human decency they really are.

Many will be talking about how the UN failed to condemn Hamas – a terror group that launches rockets aimed at kindergartens. A terror group that digs tunnels under the ground of sleeping children like some kind of horror movie, where monsters rise up from the ground and commit atrocities. A terror group that uses the many resources it receives to continue to build instruments of terror designed to kill and murder and hurt and terrify, while ignoring the needs of their own people.

There is not a single human being who has any kind of compassion or decency or even a sliver of morality that would support these actions – yet support them they did when the corrupt United Nations failed to condemn these very same actions.

But there is more to this story than the failed UN resolution condemning Hamas. Because something happened prior to that, something that is equally distasteful yet hasn’t received the same kind of attention.

Just before the resolution on Hamas took place, another ridiculous resolution was passed, raised by Bolivia – one that said that in order for the Hamas resolution to pass, a two thirds majority would be required. In other words, this was done to purposely sabotage any potential condemnation of Hamas. This double standard was so blatantly obvious since the same two thirds majority was not required the previous week when six anti-Israel resolutions were adopted by the United Nations.

Now, I’d say we should boycott Bolivia, but the truth is they do nothing for humanity and contribute nothing to the world so quite frankly there’s nothing to boycott! 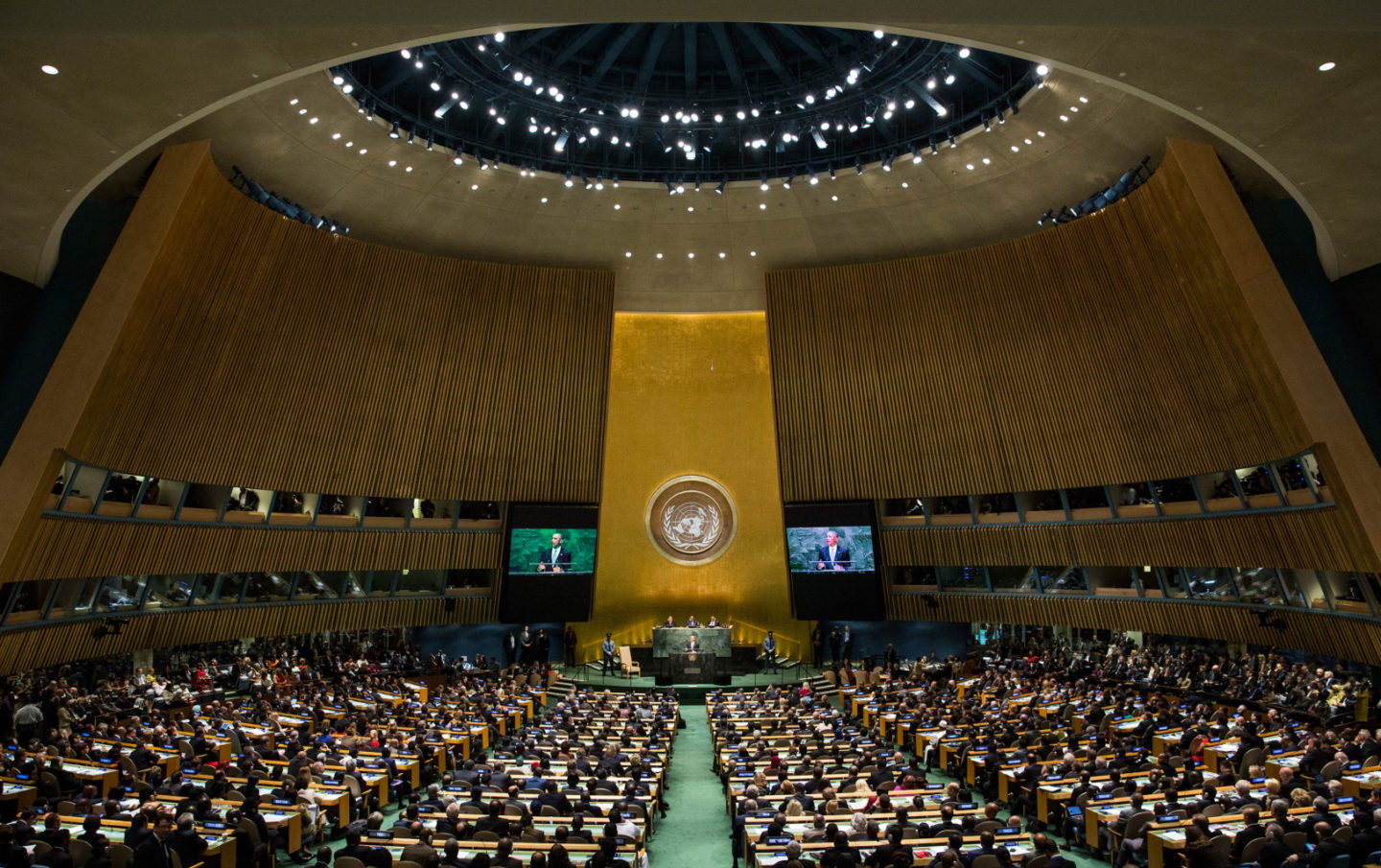 Although most democratic countries were against this absurd two thirds majority required, there were some notable democratic ones who indirectly supported it by abstaining – knowing that in doing so, they would make it harder for the Hamas resolution to pass.

Countries like Norway, who thought awarding a peace prize to the terrorist Yasser Arafat was appropriate. Also Switzerland, who quite happily hid the financial assets of Jewish victims during the Holocaust – then did everything in the power to stop it being returned to the very few who survived including their relatives.

And finally New Zealand – whose popular Prime Minister Jacinda Ardern made a wonderful Chanukah greeting to the Jewish population of New Zealand, speaking with admiration of how the Jews fought successfully against an enemy of tremendous odds – but then decided to aid our modern day enemy by allowing the rules to be changed to such a degree that the resolution condemning Hamas the would not pass.

The Arab countries who many people seem to get excited about with their ‘warming’ relationship with Israel also naturally supported this.

And just today, a delegation of African countries arrived in Israel to learn about agricultural technical advancements to help feed their own people – yet most of these same countries supported a terrorist entity that wants to wipe out the very country that is helping them!

Now, despite this incredible hypocrisy, the majority of countries actually voted to condemn Hamas in this case, but due to the farcical two thirds resolution that passed, it meant that Hamas was not condemned at all – not even a statement of disapproval.

It always amazes me how the hatred for Israel from so many countries around the world overrides their own sense of decency and human values. To not even be able to condemn an organisation that launches rockets at children is astounding.

But more importantly, what this UN resolution says and what every other UN resolution that condemns Israel says, reflects very little on Israel but everything on themselves.

While France disintegrates into violence, while Germany is overrun by Islamic fascism, while Europe’s identity vanishes under the weight of ever growing chaos, Israel will continue to serve as the brightest light of humanity – shining, shimmering and radiating a warmth that may leave much of the world cold, but rejuvenates the soul of every proud Jew as well as every other person out there who values human decency and freedom.

But Israel will still be here