A Guest Blog by Hillel Fuld

“Should I, shouldn’t I? Is there really anything to add? Anything I can say that hasn’t been said a thousand times? Maybe I’ll just leave it alone and not write anything.” Then there was a knock at the door. It was Estee, my 9 year old daughter coming home from a ceremony commemorating the 6 millions Jews who were killed by the Nazis. She was crying uncontrollably.

She had just seen footage of parents putting their kids on the trains. Footage of the camps. And she couldn’t stop crying. She eventually calmed down and went to lie down. I joined her. There were a few things I needed to tell her.

I told her of good and evil. I told her how hatred corrupts minds and ruins hearts. And, I told her it would be ok.

What I did not tell her, what I would have told her ten years ago, but couldn’t tell her today is that the world would never let it happen again. Because I no longer believe that.

The rhetoric of 1940? Meet Iran. The Palestinians. Even in Europe. Same rhetoric.

The anti Jewish policies? The labeling of stores and products? Sweden. The Labor party. We have it again, and from all directions. Antisemitic violence? Broken glass from store shops? How about people being beaten to death, run over, stabbed, shot, and rockets raining down just because we are Jews?

The fact is, we’ve never had it this good. We are safe. We are strong physically and morally.

But let’s not kid ourselves here. When journalists ask why there are not as many Israelis killed in the Gaza protests as there are Palestinians, what they are in essence saying is “Why aren’t you Jews lining up to die like you always did?” 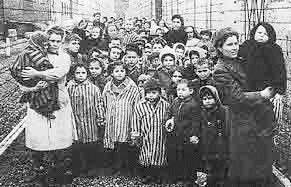 Never again. Because of us. Not because of them.

We have been through the worst the world has to offer. It’s only up hill from here. We got this.

The Cries of My People Will No Longer Be Ignored