Some background: The Genesis Foundation offers the Genesis Prize. The prize, according to their website goes to a Jewish individual who “inspire others through their dedication to the Jewish community and Jewish values.” This year, for some reason, they chose Natalie Portman. She may be a gifted actress, but how that qualifies her as someone dedicated either to the Jewish 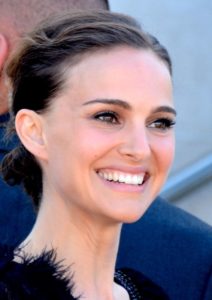 community or to Jewish values is a mystery. Upon hearing that the Prime Minister of Israel would be at the event, Portman canceled her participation. According to the Genesis Foundation, Portman will not appear at the award’s ceremony because “recent events in Israel have been extremely distressing to her and she does not feel comfortable participating in any public events in Israel.”

Of course, that didn’t stop her from agreeing to take the prize money. Within hours, around the world, a roar of protest against Portman’s anti-Israel stand arose. Facebook is filled with posts against her. The few supporters who say she deserved the prize are asked to explain why they feel that way, but these question largely go unanswered. Into this discussion, comes Hillel Fuld’s post on Natalie Portman and the Jewish concept of Marit Ayin (roughly translated as how things appear to the eye).

Ya know, in the Torah, or more specifically, Jewish law, there is a concept called “Marit Ayin”. Not sure exactly how to translate it literally but what it means is that we do, or do not do things lest they get misinterpreted.

An example. It is better, according to jewish law, not to go into a non kosher restaurant, even if you are only going in to buy a Coke or use the bathroom. Someone might see you and think you are eating non kosher. Pretty straight forward, right?

The concept is fairly simple. Don’t give people a reason to misunderstand and judge.

How many times do you think I was having a debate with a blatant anti-Semite and he throws “Even Jews admit that Zionism is racism”! Neturei Karta! They are very religious Jews and they admit that what the state of Israel is criminal.”

Not going to go into the hypocrisy of living in Israel and trashing the country. Or accepting awards from countries that are blatantly human rights violators, but not from Israel. Not even going to address the two faced nature of the liberal left who is happy to kick their own brothers out of their homes, but get all up in arms when we defend our own borders against full blown terrorists. Those topics are for another time.

The bottom line is, Portman can justify her refusal to come to Israel (but keep the money from the award. Ya know, so her hypocrisy is to the max!) by saying she doesn’t want to support Bibi or any other ridiculous reason. At the end of the day, she is giving the declared enemies of the Jewish state more ammunition to target and attack us.

What do you call a friend who arms your enemy while maintaining that they are a friend? There is a word for it, it’s slipping my mind. But far, FAR worse than Portman are the Jews living in Israel that publicly support her and the rest of the “Enlightened” Jew haters who like to say they are not anti Jewish, only Anti Zionist.

And I am not anti breathing, only anti oxygen.

Morons. All of em.

That’s all, now I can start my week.

Hillel Fuld is an entrepreneur, journalist, blogger, vlogger, and leading startup advisor. Rarely does he delve into politics, preferring to present Israel through the wonder of innovation and technology. Every once in a while…he “slips” and writes great truths. This post appeared on Hillel’s Facebook newsfeed and is reprinted with permission. You can follow Hillel on Twitter (@hilzfuld), Facebook, Instagram, and through his many acritcles on TechCrunch, Inc. The Huffington Post, and on his website: https://hillelfuld.com/