A short while ago, Palestinians again opened fire at Israel. Again. Two rockets earlier this evening, another moments ago. Two were neutralized before they hit our land. If we did not have Iron Dome, the rockets would have landed in one of our cities. How do I know? Because Iron Dome knows where it will land. If the trajectory indicates it will land in an open field, we don’t bother shooting it down. We shot these rocket down. A third rocket landed in Gaza. Take that into account the next time you hear one of their inflated death toll claims. 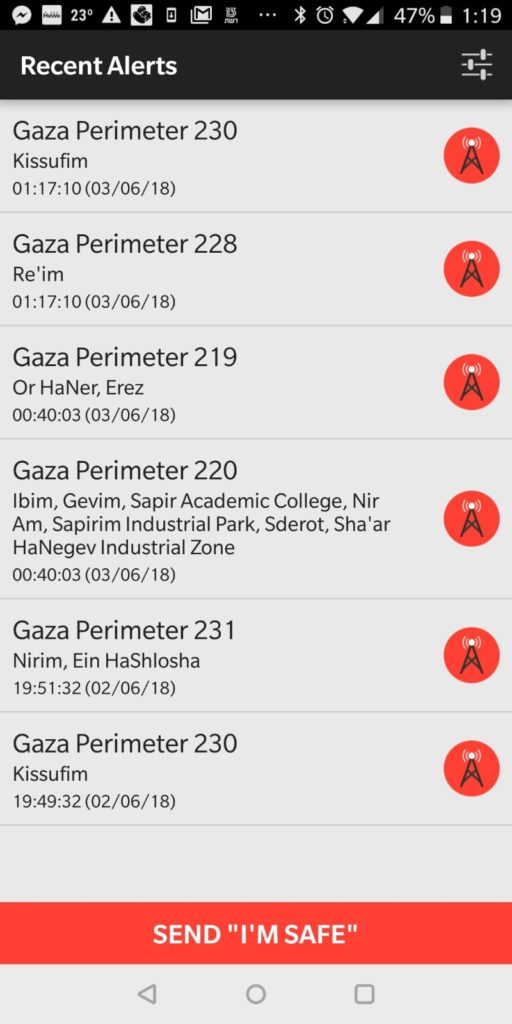 So, the way it works is this…

A Message to the Palestinians in Gaza

A Message to the World

Yes, world, Israel IS attacking military targets in Gaza right now. At this very moment.
If you have a problem with that – there’s a very simple solution. YOU get Gaza to stop firing rockets at us.
DO NOT urge us to show restraint. F**** that.
DO NOT accuse us of disproportional response. There would be NO NEED for ANY response…if they didn’t fire first.
DO NOT tell us that we are guilty simply because at the end of the day, there are more dead Palestinians than dead Jews.
Moments ago, the Palestinians fired at Israel again. They targeted the area near Sderot. Our Iron Dome system calculates the trajectory. In seconds, it knows where the rocket will hit and calculates the path to stop it. When the trajectory will take the missile to an open area, WE allow the rocket to explode without causing harm.
DO NOT tell us that we are bombing Gaza – we are not bombing indiscriminately – that would be what they are doing to us.
Rocket fire demands an unequivocal response.

A Message to the Jews in the US

If you are ashamed of Israel, if you feel so bad for the dead Palestinians that you feel you just have to say Kaddish (the Mourner’s prayer), it’s time for you to learn more about Judaism…AND Israel. We, the Jewish people, are commanded to kill those who want to murder us. When you shoot 200 rockets at someone, that’s about as clear as the message gets.

If we, Israelis, were intent on committing genocide, than the body count would be a hell of a lot higher than 62 bodies in a crowd of 40,000 violent protesters. So here are a few don’ts for you:

DO NOT tell us we are committing genocide – because while you’re so busy pointing your self-righteous fingers at the only democracy in Israel, genocide IS happening in Syria.

DO NOT say Kaddish for terrorists – that’s just stupid. And that’s what you did. Of the 62 people who died in the violent protests their leaders organized, 54 of them were confirmed as Hamas or Islamic Jihad operatives. Saying Kaddish for killers is just moronic.

DO NOT tell us that you are a Jew and as a Jew you have some inalienable right to preach to Israel. You don’t. If you want the right, as a Jew, all you have to do is get on a plane and live here.