We have read so much about “fake news” over the past many months, that the title of this post came to me as I kept looking at the stream of news I was reading on Facebook.

A little context. For quite a long period of time, there have been many incidents that have been perpetrated (in certain areas ) by various, so-called religious Jews. These horrible acts have taken various forms, with one common denominator: they were all taken in the name of religion and Hashem. These acts were taken against various populations or  individuals.

Girls and women being assaulted in the name of Torah. Heaven forbid that the woman walking by isn’t dressed in a burqa; stone her! Soldiers seem to be taking their lives into their own hands (literally!) by entering certain neighborhoods. They run the risk of being assaulted–in the name of Torah. Kids being encouraged to assault (verbally and physically) soldiers who come into their neighborhoods–in the name of Torah. And the one that absolutely took the “prize” :  instructing those who are (G-d forbid!!) drafted into the Zionist army, that they have a new, Torah-mandated obligation. You are to take the gun you are issued and murder female soldiers and any commanders. This is considered an act worthy of praise, as you will be upholding the word of Torah.  (See images below)

No, you couldn’t make this stuff up. But, I will tell you what IS made up: the brand of Judaism that these thugs, hooligans, no, these terrorists are practicing. They claim to be doing this all for Hashem and for Torah, and all they succeed in doing is to make a massive Chilul Hashem (profanation of the name of G-d). In addition, they incite to riot and to murder!

Yes, these terrorists-in-suits  (yes, like Abbas) are nothing more than #fakejews. They hijack the Torah and use it for their own agenda. They bastardize the word of G-d and claim to be standing up for the honor of G-d. Instead, they trample on the Name of G-d!

There are all kinds of Jews; those who are observant and those who are not. There are all forms of observance in Judaism that can fall into the category of “religious.” But there is NO category for those who raise the banner of religiosity and destroy the very religion they claim to champion.

No, those guys out there cursing, throwing stones, throwing dirty diapers, spitting at women and soldiers; inciting kids to action; inciting others to murder: No, they are not real Jews in the least. They are nothing but FAKERS and speak for no real Jews that are out there. 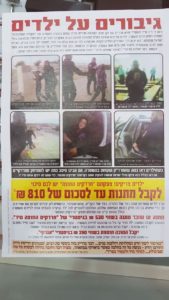 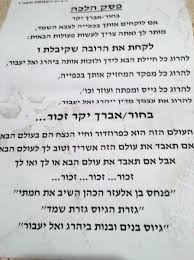