It’s no secret that my views and opinions are far from “politically correct.” And I am 1,000% certain that some people will be awfully angry at what I’m writing. We all know that the secular Left dominates the international media, the Jewish media, the Israeli media etc. If it wasn’t for today’s modern internet and the ability for us bloggers to develop our own independent media, things would be a lot worse.

Of course, people like myself don’t have the readership of the New York Times or the Jerusalem Post, but I’m periodically greeted with:

“Are you really Shiloh Musings?”

Yes, there are people who read blogs.

Now, for the past few years, ever since that group of non-Torah observant women began disturbing the peace and tranquility at the Kotel for their monthly media-fests, I haven’t read what I replied to someone last night. I had gotten a letter from someone who asked for my reaction to the usual anti-establishment accusations that the Israeli Rabbinate is alienating American Jews. This is what I wrote:

“Sorry, but the media and the politicians have it all wrong. There’s a place, the Kotel, which functions as an outdoor synagogue. People come from all over the world, all religions and respect the way it functions. That is except for two hours a month, when a bunch of women garbed in male religious accessories, show up with lots of photographers, and cause a nasty ruckus. After they disturb everybody and get their publicity. They proudly march back home, until their next visit about 29 days later.”

I had no idea of how she’d react, since I don’t really know the person. Also, pretty much everyone who accepts the media’s version would never be open enough to see it in my rather simplistic way. I’m not getting into the obvious right of people to observe how they wish and that it is all between “man/woman and Gd.” My point here is simply about good manners.

These same women have no problem with all of the antisemitic rules forbidding Jews to pray and barely visit the Temple Mount. They are not in favor of religious freedom for all. They just want their monthly publicity. That hypocrisy, of course, is completely ignored by pretty much everyone. They want their rules to rule but don’t support others.

I’ve been going to the Kotel on occasion for almost fifty years. The people who are there 24/7 observe, follow and respect the accepted Torah way, aka Orthodox Judaism. Visitors who don’t live that way, Jews and non-Jews, mostly find that aspect extremely spiritual and uplifting. Most visitors are inspired by the peacefulness of the place.  That’s what people come for, to connect to being as close to the location of the Jewish Holy Temple as we can easily get to. Some of us focus our prayers on the Temple Mount, since ascending the Mount isn’t easy.

Just like when you may (if you do) enter a place of worship of another religion, you dress and act respectfully in order not to disturb the peace, one should do the same at the Kotel. Yes, as if it’s another religion, because if you follow different rulings, you have changed things. If you want to be respected, then respect others.

Love your neighbor as yourself – Rabbi Akiva said: this is the most important principle in the Torah.

“What is hateful to you, do not to your neighbor. That is the whole Torah. The rest is commentary; now go and learn.” (Shabbat 31a)

When a group brazenly breaks the status quo, like the Women of the Wall, demanding that everyone kowtow to their way of thinking, they are the ones who are going against this basic “Love your neighbor as yourself” principle. If they want to pray differently , there is a different place that already exists near the western plaza. My guess is they reject it, because they know that their followers do not pray 24/7, neither the men nor the women. They fear that if they accept that other location people will publicize how deserted it is most of the time, which proves that they don’t have any real following. It’s all a big publicity stunt.

Yes, I’ve said it. WOW is just a well-funded group to damage the image of the Israeli Rabbinate. Consider it an Israeli J-Street. 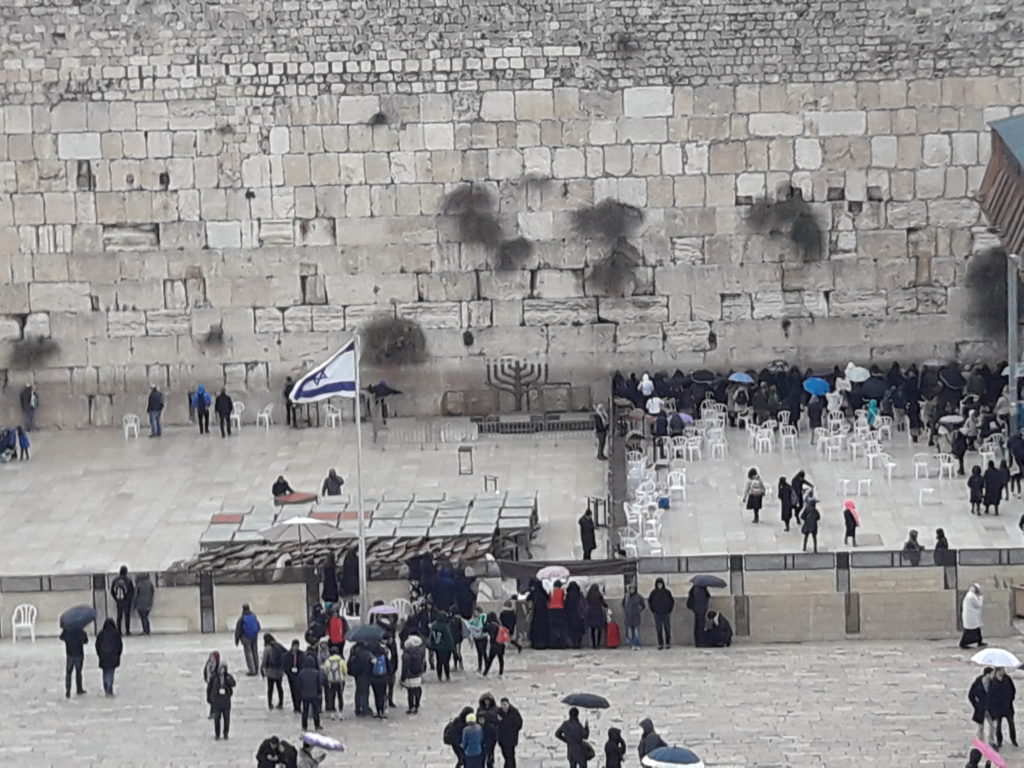