My name is Alan Beer. I am 46 years old and grew up in Ohio with my parents, my brother Lenny and sisters Esther and Cookie. I attended the Hebrew Academy of Cleveland and graduated in 1974. Everyone who knows me knows that I love films and am passionate about computers, which is probably why I became a programmer – even though my Master’s degree is in physical chemistry! 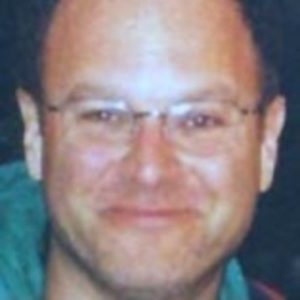 I made aliyah to Israel, and now live in Jerusalem. Even though life in the holy land can be difficult for us English-speaking immigrants, I could never imagine leaving. I keep my spirits high, and everyone else’s, with what my niece Aurital calls my “happy, infectious laugh.” I am a proud gay man. And I am also observant of my faith. And I see no contradiction between the two.

I love attending Torah lessons at the Israel Center and Jerusalem’s Open House, the local gay and lesbian community center.  My love of film has never faded and I often visit the Jerusalem Cinemateque, which has showings of some of my favorite classic and foreign films.

In the late afternoon of June 11, 2003, as I silently rode on Egged bus No. 14A, we pulled up to the popular open-air Mahane Yehuda market. An ultra-Orthodox man boarded the bus, as they often do at this stop – and every stop in Israel! But the man was actually an 18 year old Palestinian terrorist named Abdel Muati Shaban, a high school student from Hebron, who donned a disguise of the people he sought to kill. As the bus drove down Jaffa road near Davidka Square he donated his bomb.  My nephew, an emergency worker, raced to the scene, and found me dead in the rubble but said I had the same smile I always had on my face.

My name is Alan Beer. I am 46 years old. And now I am one of #TheFallenFaces.