I was horrified, though not surprised, when I saw the totally inaccurate headlines featured on YahooNews. They gave a distorted, fokokt antisemitic version of the horrendously blood-thirsty Sabbath Eve attack on a family a few of miles west of here. In Neve Tzuf-Chalamish an Arab terrorist broke through the community security fence, entered a house and slaughtered innocent Jews. The headlines totally ignored the fact that Israel has been protecting its citizens from Arab terror attacks.

You shouldn’t think that it was easy to find these headlines. News about that horrific Sabbath Eve Arab terror attack on the Neve Tzuf family isn’t considered newsworthy. The photos show how they’re scattered between benign sports news and other innocent pursuits. The international media does not want its readers to know about the cruelty and inhumanity of Arab terrorism.

None of these headlines gives an accurate description, a factual summary of what happened in Neve Tzuf on Friday night. They are all written to give the impression that Israel is the aggressor and Arabs innocent victims.

No doubt that if the so-called “Palestinians,” sic had been actual victims they would have been more prominent. There is a well-planned international agenda to portray Israel as vicious aggressors. Therefore we shouldn’t expect justice and accuracy from the media, nor from foreign governments and NGOs. None of them are interested in the truth.

I join the Salomon Family and good people in Neve Tzuf mourning  the terror victims and wish a refuah shleimah, complete and speedy recovery to the injured. 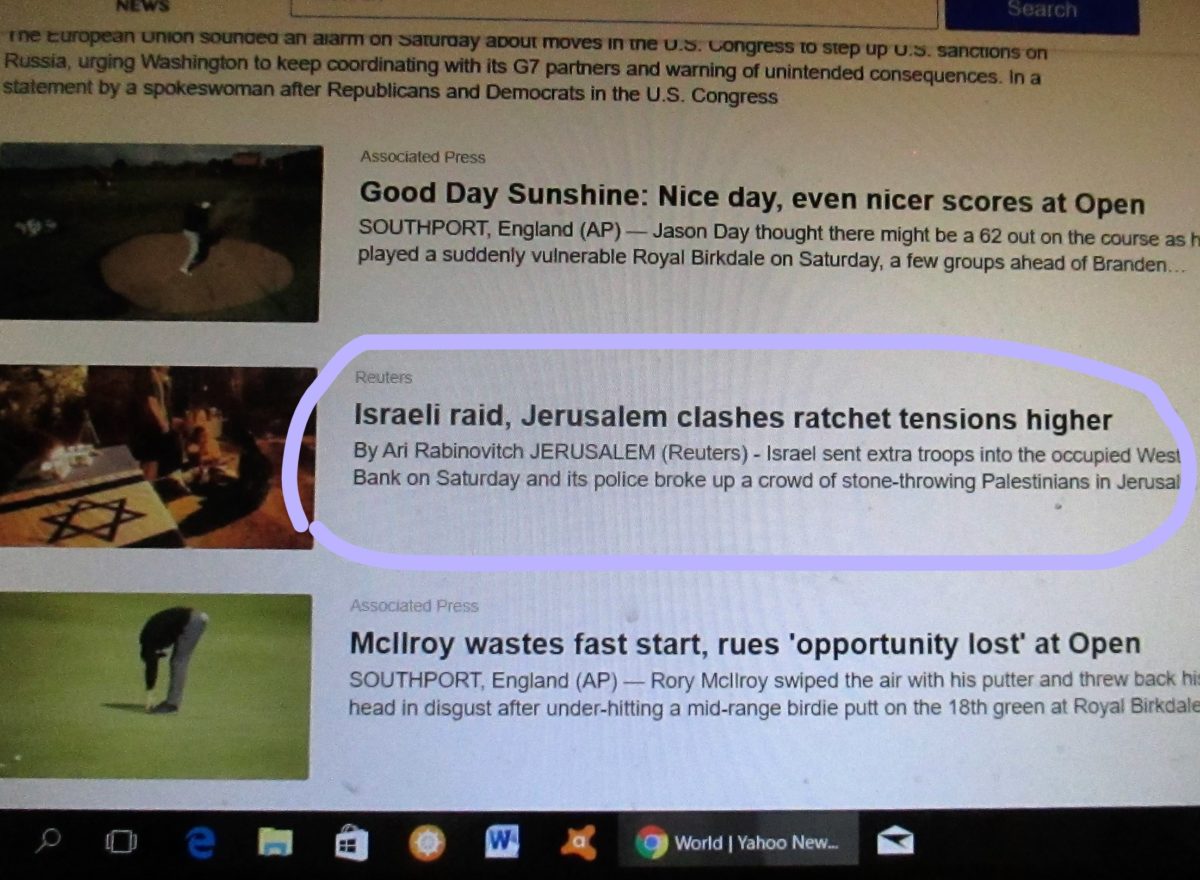