Words I have had the pleasure not to write in quite a few weeks – there was a rocket attack this morning against Israel. The rocket was fired from Gaza, landed in Israel, and within minutes, Israeli tanks responded back and hit the launch site from which the rocket was fired. A normal morning. A normal event. They fire; we respond.

It’s gotten so normal, so simple. But it isn’t. Not really. Think what they did – they fired towards a civilian population – a city like any other in the world. In this case, Ashkelon. They FIRED a rocket at tens of thousands of people. Imagine the horror if they didn’t miss…again. They don’t always miss, you know. Sometimes they hit and people die. A grandfather, a mother, a child long desired and planned and prayed for. A child that can never be replaced; the hope and dreams of a couple that waited for more than a decade to have him.

There is nothing normal about a rocket being fired into or even at a city. More than once I have heard the siren or the horrifying, terrifying words “Tzeva Adom…Tzeva Adom…Tzeva Adom” (Red Alert…Red Alert…Red Alert). You run to the bomb shelter almost feeling the heat of the explosion behind you; almost hearing the deafening boom. You run…unless your daughter is outside, your baby, your youngest.

“Let me go,” I yelled at my youngest son…or I think I did. He was 18 and was pulling me into the bomb shelter. But my 14 year old had just gone outside. She was out there and the air raid siren was wailing out there. Let me go to her. But he didn’t. I tried to push away from him but he closed the door and held my arms and as I opened my mouth to say something, we both heard the boom. Iron Dome had struck the missile, we would learn later. All the arguments, everything went out of me and I just put my head down on his chest and cried. Call her, I begged him. Call her.

She was fine. She is fine, a beautiful 17 years old last week. He’s fine, a handsome 21 year old, now a soldier. For no reason that I can explain, last night I wrote to them both and I said, please, stop right now and send me a picture. I can’t believe they agreed, but they did, two of my beautiful babies. I would have written to their older sister and brothers, but they are all parents now, home with their babies and I didn’t want to awaken them with my silly request.

But when I heard about the rocket this morning, I thought of that day, of those pictures. 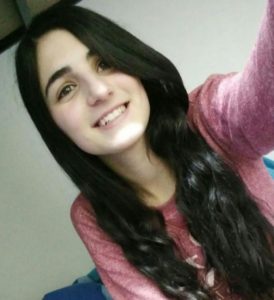 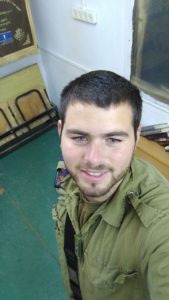 I will never forget those and other moments like them. They fired a rocket at Israel this morning. No one was hurt. But that doesn’t take away the terror; it doesn’t lessen the crime.