In the fifth and final article in this Continuing the Dialog – Take 2 Series, we conclude this second part of the response to the “hate-mailer series.” In this post, I respond to the claim that it is the Jews who need to come to their senses for the conflict to end, as well as to the mendacious claim that the Israel-haters love to make, which is that it is the Jews who are now the ones committing “genocide.”

Specifically, I respond to this nonsense: I … pray for you and for israeli people to go back to their senses and realise power isnt everything, and there isnt an excuse good enough for the genocide that their government has committed and continue to commit on the palestinian people.

If you are going to pray for a people to come back to their senses, I would hope that prayer would be directed at the people who keep turning down (repeatedly since 1937) every offer for peace and for the first ever independent Arab state ever west of the Jordan River. 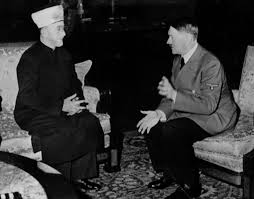 If you were going to pray for a people to come to their senses, perhaps you should focus those prayers on the people who, when they were given a right under the Palestinian Authority to vote in a credible election (January 2006),  voted into power a genocidal, extremist Islamist Supremacist terrorist group Hamas.

And if you need reminding, Hamas is a group whose very Charter calls for the murder of all Jews and sounds like it was written by some horrible hybrid of Adolf Hitler, Josef Goebbels and their chief ally in the Arab world, Haj Amin el-Husseini, the Mufti of Jerusalem.

But instead of praying for the people – whose xenophobic hate for Jews and Islamist and Arab Supremacist ideology has driven this entire conflict – to change, you are praying for the only people in the entire Middle East who have a thriving, pluralistic, entrepreneurial, highly academic, and democratic country to change. Into what? More like their neighbors in Syria, Jordan, and Gaza? Who are each governed by dictatorships where free speech is a dream and religious tolerance is non-existent?

And then to add to the absurdity of your “prayer” and to how misdirected (and misguided) your claims are, you continue to demonstrate either you ignorance or your blind Jew-hatred and accuse the “Israeli people” of committing “genocide” against the “Palestinian people.”

“Genocide” – in the Arab-Israeli conflict – over 100 years of warfare, including numerous wars – where the other side, be they Egyptian, Syrian, Jordanian (or the people who are after 1950 began to identify as Palestinians) – were actually openly calling for the annihilation or genocide of all Jews, the casualty totals for both sides have been: 26,000 Jews and 91,000 Arabs.

Notably, the overwhelming majority of those casualties on the Arab side were Egyptian, Syrian, and Jordanian soldiers during Israel’s war of independence in 1948, the 6 Day War, and the Yom Kippur War. During the Yom Kippur War alone, which Egypt and Syria started, over 19,000 Arab soldiers were killed.

In terms of Palestinians killed during Israel’s various wars since the Jewish people had the temerity to declare their independence in 1948 (and faced a self-described “war of annihilation” by the Arabs) and in all of Israel’s other actions in response to Arab terrorism, rocket attacks, terror tunnel attacks, etc. approximately 8,000-9,000 Palestinian Arabs have been killed in and as a result of military action by Israel and most estimates are that in the large scale actions  in Gaza – caused by Hamas’s attacks on Israel – at least 50% of those casualties were men between the ages of 16-40 who were engaged in attacks on Israelis.

Since 1948 the population of Arabs who identify as Palestinian has grown from barely over a million people to over 11,000,000. Not a “genocide” under any credible definition.