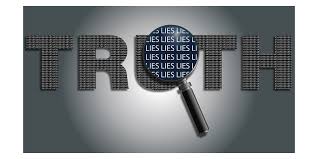 No, really. You can’t make this up. Believe me, I’ve tried. What you can do, is make a choice. You can get angry or cry but really, the best response is to laugh. And believe, me, OMG, I’m laughing now.

This non-entity representing a non-country violates the human rights of its own people, persecutes homosexuals, rewards terrorism. They regularly practice and condone child abuse and reward murdering women who dare speak to a non-relative male. And the plan? Ready? They want the United Nations to kick out a nation that has treated over 3000 wounded Syrians (while they’ve treated none… heck, they can’t even treat their own people and think hospitals are best used to hide arsenals of explosives and rockets).

Israel should be kicked out, they suggest, for being in “total violation of the charter of the UN”. Israel? A country that has flown the world over to save lives? The Thai boys, earthquakes in Haiti and Turkey, hurricanes in the US and Mexico, tsunami in Indonesia, building collapses and much more…

Not the Palestinians, who have fired thousands of rockets into Israel, dug terror tunnels, burned 40,000 dunams of land just this year. Not the Palestinians who murdered a young father last week in cold blood. No, Yotam Ovadia was not attacking a sovereign border or launching exploding balloons at anyone when he was brutally stabbed to death – by a Palestinian, naturally.

Not Syria, which has murdered nearly half-a-million of its own people.

And not Saudia Arabia that treats non-Muslims and women like second-class citizens.

No, not Iran, which funds global terrorism and regularly threatens the use of nuclear weapons that it is working hard to develop.

That’s right. Just Israel. And do you know what the greatest joke of all is? The resolution will likely pass easily.

So, is there a bright side?

Well, there can be. It depends on Benjamin Netanyahu. If Israel is indeed kicked out of the United Nations, I am praying that our Prime Minister has the courage to return the favor. All UN employees should be driven to the Syrian border and deported to the other side. And that should be OUR plan.

All UN assets should be confiscated and the money from selling them off can go to the victims of terror in Israel. So much good could come out of selling off these properties it almost makes me wish that the UN would kick Israel out.

Of course, the resolution would have to come to the Security Council to actually result in any action and certainly, the US would veto it. Presumably, our “allies” in Europe would manage to get up enough courage to abstain.

Full text appears below the video. Credit to Quick News

The ADL said that elements in the law could undermine Israels cherished democratic character whereas the Union for Reform Judaism declared that the law would do enormous damage… to the values of the state of Israel as a democratic and Jewish nation.

The denunciations of the law have centered on two elements:

The first is section 4 of the law which says The states language is Hebrew. This is no different from the French constitution which provides that French is the language of France or the Spanish constitution stipulating that Castilian is the official language of Spain.

The concern that the law will lead to discrimination of the Arab minority in Israel flies in the face of the guarantee contained within the law that the status given to the Arabic language before the law came into effect will not be harmed and that Arabic has a special status within the state. The international hysteria surrounding the provision is not based on facts but on suppositions fueled by political agendas which lead us to the second point of criticism.

It simply means that Israel is the sovereign state of the Jewish people hardly a legal innovation. In Spain for example the constitution specifies that national sovereignty belongs to the Spanish people and this principle whether codified or not is generally followed by European nation-states which do not as a rule grant self-determination to the various minorities even large ones who are living in their territories.

The international community however is outraged that the Jews would apply to themselves the same principle that is considered perfectly acceptable for the rest of the world. Crucially Arabs enjoy full state sovereignty in 21 Arab states covering the territory of more than 13 million square kilometers (5 million square miles). In contrast there is one Jewish state covering a territory of 22 000 square kilometers (8500 square miles). The international community evidently is finding it hard to stomach the existence of that minuscule Jewish state as an equal sovereign state. The problem therefore is not that the nation-state law is discriminatory or unique to Israel but that large segments of the international community are determined to treat Israel in a unique and discriminatory manner compared to how it treats all other nation-states.

The uproar over the nation-state law in this sense is no different from the constant singling out of Israel for condemnation at the United Nations. Especially at the UN Human Rights Council a discriminatory practice that contributed to the decision of the U.S. to withdraw from the organization. The Palestinian Authority with PLO Secretary General Saeb Erekat at the forefront has seized the momentum of the international condemnations. It is reportedly planning to take the law to the UN claiming it violates the UN charter. And they are planning to petition the International Court of Justice for an opinion on it.

The international community has once again done what it does best when it comes to Israel: Fueled the conflict.

Bergman is an Israeli writer and political analyst based in Jerusalem. She is a fellow with the news and public policy group Haym Salomon Center.