Linkedin
The United Nations Educational, Scientific and Cultural Organization (UNESCO) loves to vote. It’s one of the things they do very well. They have recently installed new and advanced pencil sharpeners and bought new calculators that have significantly helped improve the methods by which they vote. In light of this updated ability, it has announced the results of several new votes and investigations, detailed below.
UNESCO has now voted that the Catholics must evacuate the Vatican at once. They simply have NO right to it…turns out, it’s actually an old Buddhist shrine. It seems ridiculous, the Vatican being the center of world Catholicism, but what can you do? If UNESCO says the Vat 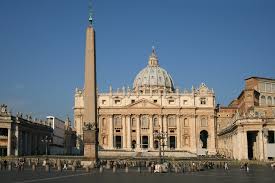 ican has nothing to do with Christianity, it must be true, right?
And that’s not all. It turns out, there’s trouble in Texas too! That’s right, UNESCO has done some very thorough investigating and as a result, Texans are instructed to leave the Alamo…turns out it’s Palestinian!
Anyone looking at the architecture of the Alamo should have recognized the significant similarities between the Alamo and many Palestinian homes. See the balcony and the open window?
Of course the lack of a roo 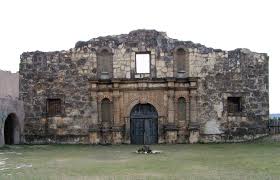 f initially led UNESCO to believe the Alamo was actually an ancient Syrian palace for Bashir Assad’s  great, great, great grandfather, but later it discovered that the Palestinians had made a claim on it dating back at least 4,000 years. Palestinians have demanded that the United Nations issue an immediate resolution condemning Roman Catholics for claiming that they had built the Alamo in the 18th century.
And there seems to be more issues as well. If you thought the White House was American…turns out, it was the fortress of Chief Whatsowhatsnew tribe. UNESCO is currently investigating whether or not President Trump should be declared an occupier and sanctions imposed until such time as he agrees to either evacuate or at very least allow the Chief’s people to exercise their right of return. 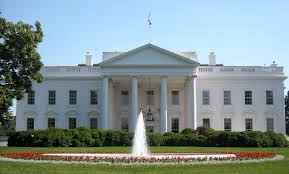 It is likely, however, that the US government will also have to evacuate the Capital Building and the Congress, as the Chief’s many wives were quite prolific and while he only had 13 children, there are now over 1.3 million people claiming to be his direct descendants and therefore deserving of immediate free housing.
Meanwhile, the government of France has apparently denied allegations related to another recent discovery. While France has taken great pride in the Eiffel Tower, UNESCO has learned that it was actually dismantled and smuggled into Paris from Yemen and must be returned. Luckily, this seems to be the easiest of issues to resolve as the French quickly surrendered and have agreed to transport the Eiffel Tower to Yemen, however it seems the blueprints have been misplaced and no one is sure how to disassemble it, never mind assembling it back once they decide where to put it.
And if you think this was going to end any time soon, UNESCO has also found a problem in the United Kingdom. Queen Elizabeth has been declared an occupier of the most vicious kind and must surrender Buckingham Palace within 24 hours – or agree to share it with Hamas. 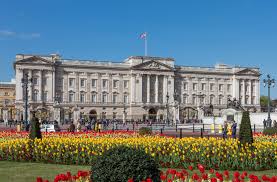 It seems that UNESCO found two conflicting documents – a promise by the British to give the Palace to the Arabs in 1917 and another document promising the Palace to the Eskimos of Alaska in exchange for their support in attempting to return the colonies to British control. This second document was dated in 1916, but Hamas claims that this is a forgery and the real document was dated 1961 and they claim was found in a vault with former President Barack Obama’s birth certificate.
Finally, even UNESCO officials have announced with shock that they have also discovered that the Great Wall is not actually in China but rather pieces were smuggled in from New Zealand and they are demanding that the entire wall be dismantled and returned to New Zealand. People in New Zealand are protesting that if the wall is re-assembled, there won’t be any room left in the country for people to live. The United Nations has agreed to discuss this further but feels that the people of New Zealand really do not have a right to choose whether or not the Great Wall of New Zealand, as it is now being referred to, be resurrected or not.
And last but not least, UNESCO has voted that the State of Israel has no sovereignty over its capital, Jerusalem. And although they cannot explain how the name of the city comes from Hebrew, or refute that the Jews built two Holy Temples thousands of years ago there, and built the entire new part of the city, they still passed their latest resolution, claiming it is in the interests of peace.
Yes, it does seem insane that they would ignore thousands of years of history, irrefutable archaeological evidence proving Jewish and Israeli claims to the city, and written evidence dating back to the times of Abraham, Isaac, Jacob, Josephus, Bar Kochba, and more.
UNESCO spokesman, Iman I. Diot released a statement that it has carefully evaluated all claims in relation to the Vatican, the Alamo, Buckingham Palace, the White House and the Great Wall of New Zealand, as well as Jerusalem and is satisfied that the Palestinian Encyclopedia it used is accurate and above questions. It was, said Diot, reprinted in 2015 and is a direct copy of the original version, which was first released in the year 586 B.C.E.
—-
On May 2, coinciding with Israel’s 69th Independence Day, UNESCO voted to reject Israeli sovereignty over all of Jerusalem. How the United Nations Educational, Scientific and Cultural Organization has allowed itself to become embroiled in politics is something very difficult to understand. What is the connection between global education, science or culture to the political and security control of my nation’s capital? Prime Minister Benjamin Netanyahu summed up the UNESCO vote in one word, “absurd.”
In life, you can choose to laugh or to cry at the absurdity of some actions. I choose to laugh. We are a nation that has lived for thousands of years. This is our land; Jerusalem our city. Long before there was a United Nations, long after it will be gone, Israel will live with Jerusalem in our hearts. Jerusalem is our capital and nothing UNESCO says or votes on will change that.

Countries which did not vote on the resolution were Nepal, Serbia, and Turkmenistan.