According to a recent survey, “support for a two-state solution to the Israeli-Palestinian conflict is at the lowest point in two decades. Less than half the Israeli population supports the concept (49%), and amazingly enough, support for it is even lower among Palestinians (43%). 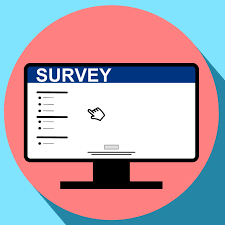 One of the questions that was of interest for each population segment was whether they supported the idea of expelling the other. Apparently, 8% of the Jews surveyed were in favor of just cutting our loses and expelling Palestinians altogether. By comparison, more than double that amount (17%) of the Arabs wanted to expel all the Jews (yeah, good luck with that).

Whether the results are accurate or not is another issue.  Given that two of the three funding bodies are the European Union and the United Nations, take a guess.

So, the logical question that wasn’t asked is “what does this mean for the future?” What we know from the results of this survey are two critical things. First, that more and more people are realizing that the two-state solution is less and less the ideal solution. And second, that even if the Jews wanted a two-state solution, the Arabs don’t (and in even greater numbers).

So what is the solution to end the conflict in the Middle East? The sad news that few are willing to accept is that there likely isn’t a solution and how sad is t

In all honesty, the solution to peace in the Middle East was never about cutting the land into some twisted piece of real estate but about finding a way for people to live together in peace. Gaza will never be autonomous – they are dependent on Israel for running water and many other things. 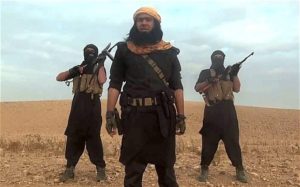 But more importantly, for decades, Jews and Arabs HAVE managed to live together. Speak to any of the people who lived in the Gaza communities.

They will tell you that for many years, thousands of Arabs gratefully worked with them and for them. In their hot houses helping grow organic and bug-free vegetables. In their gardens and even within their homes.

And, speak to people who have lived in many of the “settlements” for years. They too will tell you of the times they bought fruits and vegetables by their Arab neighbors. The Arab villages that fixed the cars of Jews, built their kitchens, etc.

Obviously, even during this time, extremists perpetrated horrible terror attacks perpetrated. The real problem is that the extremists are no longer on the extreme. Their violence has spread and in many ways become mainstream in too many cities and villages.

So ultimately, Islamic fundamentialis is what has destroyed any real chances for peace.  That simple. So long as this is allowed to go unchecked, the two-state solution is just another bad idea that will be buried in the violence and the hatred that oozes from Gaza and cities in Judea and the Samaria.