Today, I met a Jewish woman who had nothing good to say about Israel, about Jerusalem, about Israelis, even about the very air we breathe. Okay, I’ll admit, I shmooze with strangers all the time. It’s one of the things I love about Israel – pretty much, most of us are shmoozers. This morning on the train, an elderly woman got on, a bit out of breath, looking a little annoyed. A young woman sitting in the seat asked the woman if she’d like to sit down. “I don’t speak Hebrew,” was the response. 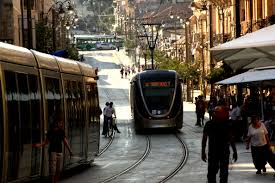 I was ready to step in and explain what the younger woman had offered, but before I could, the seated woman explained that she was offering the woman her seat. The elderly woman rejected the offer and then proceeded to offer her opinion on the air in Jerusalem, the public transportation, the people of Israel in general, and the hi-tech people in particular.

Yes, I’ll admit I engaged her and continued the conversation. And yes, I tried to counter her arguments with explanations. Alas, to no avail.

What came out of this short conversation was a dialog of two people speaking of different words. At first glance, one would think we were comparing the US to Israel but really, it came down to something much more basic.

This woman is a self-proclaimed Orthodox Jew, 75 years old. She was born in Alaska and remembers going to school on a sled pulled by dogs. She won’t go to Tel Aviv. You could pay her a million dollars and she wouldn’t live in Israel. To my response that you could pay me 5 million and I wouldn’t live in the States, she said I was living in a little bubble and was brain washed. 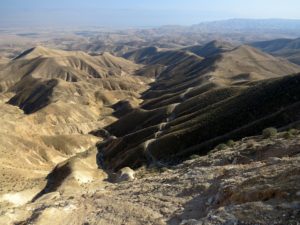 Without hesitation, she told me Israelis were rude and pushy and unhelpful. And the air is unhealthy in Jerusalem because there are too many buses in such a small city – because Israelis are lazy.

Perhaps, I offered, there are so many buses so that handicapped people can travel to all corners of the city? She rejected that. Oh, and our children have been destroyed by technology. They all walk around with phones in their hands and she had to go around saying, “Excuse me!” to stop them from banging in to her.

More, the hi-tech in Israel is run by Americans. Too fascinated to argue about much of what she said, there I drew the line. “Mamash lo,” I said in Hebrew. “Really NOT!” Though I tried to explain that I have been involved with Israel’s hi-tech for 25 years and know the genius that is here, I knew I was not being heard.

When I told her how my community had risen to help me when I needed shoulder surgery, she dismissed that as “Jewish” trait and not an Israeli one.

As she exited the train, I didn’t feel bad for all the things I didn’t get a chance to say. Yet, I wish I had pointed out that when the young woman offered to give the elderly woman her seat, the response wasn’t offered politely but rather rebuked with criticism of the city in which we live. She hates the very air we breathe.

A stop after the elderly woman got off, both the seated woman and I left the train. We stopped to chat a bit – strangers no more. United by a love of this land, we both expressed the opinions we were too polite to say directly to the woman.

And then, I told the young woman a story I had learned a few months back. It goes like this. In a small village in Europe, there was a small Jewish community. Everyone knew that there was one young unmarried woman of great beauty.

Within days of his arrival, a very wealthy man learned of her existence and decided that if she was the most beautiful single woman, she should be his wife. Such was her beauty, he had heard about her in other villages and had come to meet her. He petitioned the parents of the young woman, as such was the tradition at the time.

Her parents approached her and told her of her good fortune in gaining the attention of such a wealthy man. They told her that they had invited him over to meet her. And then, she startled them by refusing. She wasn’t interested in meeting this wealthy man who had decided, sight unseen, that they should marry.

Out of respect for her parents, she finally agreed to at least meet the gentleman. Later that night, when the man came over, she walked into the room dressed in an old robe, curlers in her hair. Within minutes, the wealthy man excused himself and quickly met up with the other men of the town.

Without shame, he told them she wasn’t nearly as pretty as they had said, and therefore had decided she was beneath his marrying her. He soon left the village.

What does that story have to do with the woman on the train this morning? The answer, as it was written in Torah Tidbits several months ago, goes back to that woman. How was it possible that the wealthy man failed to see the depth of the young woman’s beauty? The man was easily distracted by what he saw rather than the essence of the beauty so many others had seen?

And the answer was that the woman withheld her beauty, as is her right. Similarly, the land of Israel sometimes withholds its beauty for those who do not deserve to see it. I live in a land of such beauty. The air in Jerusalem carries that beauty, as do the people. How ironic is it that the one who complained about others being rude, was in fact the rudest person in the discussion.

Without shame, this woman came into our home and criticizes it. And as a result, Israel has hidden its beauty from here. Instead, all she sees is a fake front because that was all she was worthy to see. Moments later, we parted ways, the young woman and I, with blessings for the day ahead and smiles on our faces.

The beauty of this land is one of its greatest gifts.