Sometimes a title comes to me and sometimes I come to the title. Let’s see now if they come together, where my brain will take me. First, I’ll write about the Rabbi way, then, the foolish way. Everyone knows what a Rabbi is but having lived in Israel so long, I’ve become more comfortable with the term Rav. A rabbi might be a spiritual leader; a Rav is so much more. He is a teacher, an adviser, a problem-solver, a connector. Today, I met with my Rav. I have a “go-to” Rav; a man of learning who answers most of my questions, and then I have The Rav.

Years and years ago, my teenage daughter wanted to go north into a war zone. Insanity, said one relative. Completely forbidden by Jewish law. So, I called up the city’s Chief Rabbi. Quickly, I explained what my daughter wanted and what our relative did not. Naturally, I was worried about my daughter’s safety despite the intense pride I felt at her willingness to help others. 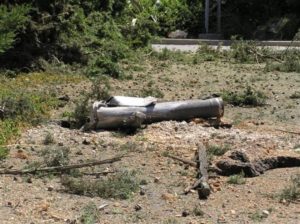 “I can’t promise you she won’t be hurt,” the Rav said in a voice that sounded somewhat horrified. Quickly, I assured the Rabbi that I wasn’t calling him to tell me the future. I was well aware that my oldest daughter was heading into danger. What I wanted to know was whether the relative’s “forbidden by Jewish law” was an accurate statement.

Obviously, part of me hoped it was true but I had my doubts. “She’s not going on vacation,” the Rav continued. Again I assured him that I understood but needed him to spell it out. “She’s doing a great mitzvah,” The Rabbi said. A great deed, an act of kindness. It was clear that according to Jewish law, she was permitted to go but also clear that the Rav could not guarantee anything.

Within the first hour of her three hour bus trip, the north was hit by at least three rockets, one a direct hit on the city she was to visit. Two hours later, she arrived, exhausted, to the strangely quiet city of Safad, and was immediately sent to one of the city’s bomb shelters.

Three days later, my almost burned-out daughter headed home. Amazingly enough, the entire time she was in the Safad (Tsfat), not one rocket hit the city. It was hit on Sunday before she got there; it was hit again on Wednesday just hours after she left. But not once during the three days she was there did the city suffer a direct hit. For me, that was what “the blessing of a Kohen” meant.

And since that day, I have turned to The Rav several times including very recently. As before, the Rav gave me his time and listened. That is what Jews do – we find ourselves a teacher, an adviser, a Rav. What we don’t do, is shop around to find one that will give us the answer we want; what we don’t do is ignore what the Rabbi says to do.

Without doubt, one of the wonders of Judaism is that our laws are shielded with compassion and so often a Rabbi’s decision will carry nuances based on the people involved. But not always. Still and always, there are red lines in our religion. Sadly, even the red lines can be made to be gray by some rabbis and by people who have learned to “shop” around to find the rabbi that will give the answer they want. And that’s wrong. It always has been wrong. It always will be.

Ultimately, it’s not about asking a rabbi, but asking a Rav. It’s about doing what is right, not twisting right to believe what you want to believe. This week and last week, I consulted with The Rav about a very disturbing situation in my neighborhood. Too often, we feel a responsibility to respond to a situation when it really isn’t our place. Sometimes, people walk away from a fight; sometimes people walk into one. That was my question when faced with a situation in which some are taking the wrong path.

How do I know they are on the wrong path? Though it was obvious to me, I still asked. And now I can admit that it was a relief to have my assumptions confirmed. No. Really no. Judaism does not support that. Halacha doesn’t back it. What we have known for hundreds of years is still the truth. That simple. 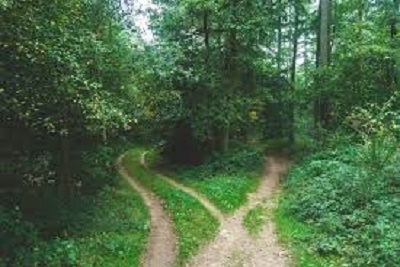 In this case, I can walk away and I’m grateful. The decision wasn’t so much to step down as to step aside. The law seems so clear to me that I wonder why others chose a different path. For thousands of years, our path has sustained us; it is we who will determine our future, guided always by those tasked with leading our people.

After one meeting, it became clear that The Rav would step up. He will decide. He will handle. Why? Because that’s the job of a rabbi. More, that is the job of a Rav. To answer, to advise, to choose. to determine. To explain and then to stand for Jewish law.

I’m left with sadness that some Jews could choose a path so far away from the one that has sustained us always. At times, I am broken and bothered by the ease with which traditions are broken. Shattered by the notion that anyone could think that surrendering our holy treasures to others could in any way bring about a positive solution.

As for the foolish situation that needs to become clear, I have attempted to speak, even demanded my right to speak. It needs to come out; light has to be shined on this sadly growing phenomena. But now I know that I don’t have to be the only one, the one who chooses not to be silent.

It was never ONLY my fight. It was only my responsibility to bring this to the wiser ones. And as always, that started with the Rav. Sometimes, there really is only ONE path…

Answer not the fool with his foolishness lest you too resemble him. (Sefer Mishle 26:4)