Rabbi Shmuel Auerbach leader of the Jerusalem Faction died last night…at the age of 86. Tens of thousands rallied at Rabbi Auerbach’s funeral. I can only hope in the last moments of his life, he was blessed with enough clarity of mind to do tshuva [repentance]. His followers, numbering in the tens of thousands. Perhaps, they even numbered in the hundreds of thousands. They will likely remember him as a man of great learning, a family man mourned by the generations that have followed him.

But millions will remember him for the violence he incited, the sinat chinam he brought to a boil. Today, his followers felt that it was a mitzvah to put aside their learning and give chesed emet, true kindness to the dead by attending and honoring this man.
But every other day, they do not fulfill the mitzvah of living in Eretz Yisrael. The mitzvah of living here includes not using our buses, electricity and water, but defending the land. Rabbi Auerbach and his followers do not practice Ahavat Yisrael, loving your fellow Jews. Rather they made a point of spitting at women, hitting and shoving soldiers. They cursed their fellow Jews, insult converts, and scare children. I watched as one disrupted a Jewish ceremony welcoming the birth of a new child, whose grandfather had just been murdered because he was a Jew.

When we hear that someone has died – we say Baruch Dayan Emet – Blessed is the True Judge. I believe we say this when a righteous person dies…it is a comfort to know that this person will be rewarded and well received in the heavens and in the world to come…

I believe we say this when an evil person dies … that justice that eluded them in life will be given in death. God will be waiting there…a sudden and eternal awakening that the person did not live according to the will of God.
It is not for me to judge what Hashem will say to Rabbi Auerbach but I believe that as Rabbi Auerbach left this world surrounded by his tens of thousands of followers, he is now meeting not only Hashem but tens of thousands of HIS followers…they will be men and women who proudly wore the uniform of the Israel Defense Forces. They gave their lives for this land and died in honor. They did not die as an old person of a heart attack in the warmth of their homes…but it was their sacrifices that afforded Rabbi Auerbach the luxury of dying as an old man.
Their sacrifices have been ridiculed and belittled by Rabbi Auerbach and his followers…but there is no question that in defending this land, they acted according to the laws that Hashem gave to Moshe, His faithful servant.
I am going to try to put my anger aside. It is an anger born of watching our soldiers being attacked by the people they promised to defend. Anger at watching them allow themselves to be hounded, insulted, even beaten. This, despite having been trained to defend themselves. They hesitated. They refused to fight their own people. These children of 18, 19, and 20 were smarter than a man in his 80s. They recognized their fellow Jew despite the emotional and sometimes physical pain being cause to them. 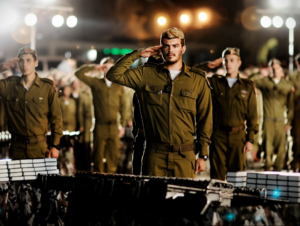 I have little doubt that the many mitzvot that Rabbi Auerbach did in his life will go a long way in helping to balance the terrible sins he committed. Sins against his people, his children…our children. Sinat chinam – encouraging hatred rather than love; insults rather than understanding. He built walls rather than bridges in the ridiculous assumption that it would protect his followers.
I am grateful that the Heavenly Courts are ruled according to the will of God. And I know there is justice in the World Beyond This One.
At this moment, Rabbi Auerbach is being judged by the True Judge of the people of Israel. Perhaps even now Rabbi Auerbach is realizing what most of us have always known. All that the army accomplishes is ordained by God. That’s right, all the brilliant and successful military action, each flight that defeated our enemies. God was their Co-Pilot; the brilliant Strategist. Always the Protector of Israel.
There is no commandment that says you must learn all day and leave your wife to work herself into old age. Nor is there a law that says it is better to learn than defend.
There are thousands of honorable soldiers, including my beautiful and precious sons, my wonderful son-in-law, my amazing adopted sons. They quietly, peacefully, respectfully prove that Rabbi Auerbach was wrong. Worse, that he led his followers on the wrong path.
Sinat chinam will never be rewarded in the heavens. 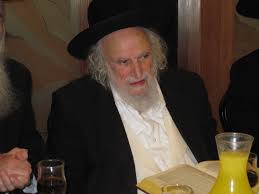