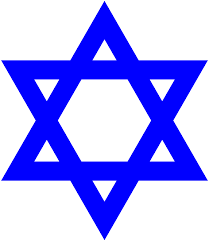 Bayamim hahem – those days just as today.  Am Yisrael has been up against more than one Final Solution plan to completely wipe us out.  With all the merriment of Purim, we still need to remember that our joy and celebration are because we were able to not only thwart Haman’s evil plan, but to totally turn the tables around.

Purim is called the holiday whereby Am Yisrael received the Torah beAhavah, from and with love, as opposed to our receipt of Torah on Mount Sinai, where we received it with awe or fear.  With all the bright colored costumes, noise from the groggers, and “fog” from drink, it’s too easy to get sidetracked from the main point – that Purim is a wake-up call to return to Torah and do Teshuva.  And while that may sound proverbial, the bottom line here is that the two – Torah & Teshuva – actually work.  It is very literally they that saved us from a Holocaust in ancient Iran-Persia.  And the Megillat Esther comes to show and teach us how Mordechai and Esther achieved their successful results.  Their strategy was actually a 5-point one, but the action steps of unity, charity, and redirecting focus onto the spiritual are inherent in Torah and teshuva.

The Megillah was written by Mordechai, who was part of the Knesset HaGedolah.  This may explain why the Megillah is a kabbalist’s delight, as it is chock-full of the “Language of the Branches” the jargon of Kabbalah.  We learn that every time we read “the king” it refers to Hashem, as opposed when the Persian king is named.  Thus, in chapter 7 when Esther appears to be pleading with the Persian king, she is actually praying to the King of all Kings, Hashem.

We read of “inner courts” (Ze’ir Anpin) and Esther and Mordechai wearing Malchut – not royal clothes, but Malchut.  We read that the king (THE King) got insomnia (i.e. a spiritual awakening from the very dangerous state of dormita, the meaning of “yeshno” (3: 8) – yashen-vav).  Then there are deep explanations as to why Haman offered Achashverosh specifically silver and not gold, based on the metals key in the Book of Daniel.  This is pertinent also considering that Daniel the Prophet, called Hatach in Megillat Esther, also served in the royal palace during Esther’s rein.  And there are many amazing discussions about who Haman, Mordechai, and Esther are reincarnations of.  In fact, there are so many interesting and amazing limuds from the Megillah, that our focus may too easily be distracted from the main message it bears.  After all, a decree by Iran-Persia to annihilate us was not just pertinent to our lives only then.

We perceive Mordechai and Esther as superheroes.  In line with the noise and fun of Purim, we might think more fitting titles would be something splashy like “Mordechai: Our Man in Shushan” or “Esther: Our Woman in the Palace”.  Instead, the real title exposes the real purport of the book:  “Megillat Esther”, which literally means the Revelation of the Concealed (or ‘of what I [Hashem] conceal’).

In the post-Mikdash era that we are in now, as Mordechai and Esther were also in, there are no openly revealed miracles.  Post-Mikdash, the workings of Hashem are concealed and appear through the workings of nature.  Thus, Hashem does not seem to appear anywhere in the Megillah.  But, of course, He is and is so throughout.  Kabbalists enumerate thirteen times that Hashem’s various Names appear throughout the Megillah in acronym form – forward when the chips go in Am Yisrael’s favor, and backward as Haman goes down.

A close reading of just the storyline of the Megillah reveals how each and every part of the plotted scheme against Am Yisrael boomerangs right back on Haman.  Plus, and not by chance, Hashem’s Names pop up just at those critical points – thirteen times in a ten short chapter megillah.

In the thick of the physical, natural workings of this world, Hashem works incognito and supernaturally.  Indeed, what is unique about Purim is that it showcases a prime example of Hashem’s hashgacha, supervision, in our galut.  Its miracle is completely enshrouded in, or as, nature.  Even Charvona, who is one of Haman’s evil anti-Israel guys involved with the Final Solution plan, later turns up and helps save the day.  We learn that when he turned up later on in the story and is the very one who suggests Haman be hanged (7: 9), he was actually Eliyahu HaNavi in the outward form of Charvona.  The point here being that everything looks natural, but nothing really is.

This hits at the core essence and meaning of Purim, which is beyond the basic ‘good triumphing evil’.  This is victory of Am Yisrael over Amalek and all that Amalek represents.  The klipa of Amalek is doubt – doubt in God and God’s supervision of His world.  It is the “50th gate of impurity”.  Amalek cools -“asher karcha” [kar= cold] (Dvarim 25: 18) – the soul from being alit and ablaze from Torah, and tells you that all is just a coincidence and chance – “karcha” is also the root of “mikre”= chance.  Amalek is the diametrical opposite of Am Yisrael’s mesora, the very essence which is “Ein Od Milvado” (Dvarim 4: 35) – there is nothing but God.  The trial of this world is that things look like chance in order to test our use of free will.  It’s much like a Rorschach ink blot test – there are more than one way to see the same thing, so what do you see?  Do we choose to believe in chance (Amalek) or Divine Supervision?

Even for those who might prefer to choose chance, within the natural, historical account of the physical world, too many “coincidences” omer darsheni – i.e. show that it can be anything but just a coincidence.   For example, Achashverosh’s beauty contest lasted four years.  More than 1400 contestants, from all 127 countries under the Persian Empire rule – from India to Ethiopia – appeared even before Esther.  Each girl got an entire year of grooming to get ready.  Yet in the end, of all the beautiful girls, the one picked just happens to be none other than the cousin of gedol hador, Mordechai, who is also Esther’s guardian.  Bigtan and Teresh just happen to discuss, in their native Tursian language, their insurgency plans to poison the king – all in earshot of Mordechai.  Mordechai, as a former member of the Sanhedrin who thus knew all languages, just happens to understand the assassins’ tongue that most do not understand.  Then there is Haman who just happens to be creeping around the palace courtyard thinking how to promote himself before the king, at the very moment that the king is thinking how to promote and show his appreciation for Mordechai.  Haman’s entire enamoring gestures wish-list for himself goes to Mordechai – all of it!

Yet there’s more: Just when Achashverosh (who we already know from Vashti’s fate has anger management and impulsiveness problems) catches his fav right-hand-man, Haman, who appears to him to be trying to hit on his wife, Queen Esther, gallows are already ready and waiting – set up by none other than Haman himself.  And the list within the historical record goes on and on.  There are too many “coincidences” – far too many for the natural realm of probability.

Such extreme decrees as Haman’s are also supernatural.  Thus, likewise, “normal” political means do not completely work.  The 1943 “Rabbis’ March on Washington”, for example, to petition the U.S. Government to stop the Holocaust in Nazi Europe – beseeching help from the greatest (physical) superpower of the free and democratic world – did not help much, if at all.  On the other hand, the very night that Haman was preparing the 50-cubits high gallows for Mordechai, Mordechai assembled tinokot shel beit rabban – twenty-two thousand young children to learn Torah and pray.  And that was the clincher that caused the tables to start turning.

Mordechai truly understood what he was up against.  Only two years after Cyrus ordered the rebuilding of our Beit HaMikdash, Achashverosh became king of the Persian Empire, and his wife, Queen Vashti, was the granddaughter of Nebuchadnezzar (who destroyed the Temple), daughter of Belshazzar, and last remnant of the Babylonian Empire.  It was Vashti who insisted on ending the rebuilding.  Add to this the fact that Haman was an “Aggagite” (3: 1) – i.e. a descendant of the very king of the Amalekites.  And, parenthetically, Iran’s former president Mahmoud Ahamadinejad has “Haman” in his Persian name.

Then there is the state of Am Yisrael within this historical backdrop and aggregate of negative spiritual forces.  The Jews then were scattered over almost the entire (known) world.  There was a significant drop in the study of and lifestyle according to Torah, and a rise in intermarriage and assimilation.  This is how 18,500 Jews went to attend the king’s treif banquet.  There was also a sharp contrast between the secular and assimilated and the very religious Jews, headed by Mordechai.

When news of the decree was announced, the Megillah does not say that Am Yisrael was scared or terrified, as we might expect.  Instead, we read that when the Jews of Shusham heard the news of the impending Final Solution, they became “confused” (3: 15).  Their first reaction was confusion, because many of them saw themselves as being true Persians, even before their being Jewish.  Sound familiar?

Up front, center stage: The secret to preventing Haman-like threats of genocide of our Am are Torah & Teshuva.  What counters yashen-vav is tashuv-hey.  And that is the very definition of teshuva – to return to Hashem and to return the hey to, and thus complete, Hashem’s Name, which also reactivates our spiritual protection.  These have been the same keys all along, for millennia.  But in ancient Iran-Persia, we actually listened to and obeyed our gedol hador.  Torah & Teshuva versus Haman’s Final Solution.  Thus the foregone conclusion to be remembered among the merriment.