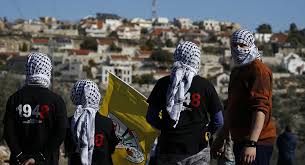 Despite all evidence, the west refuses to identify fundamental Islam as the underlying drive behind sponsoring terrorist countries and organizations whose end game is global jihad and enforcing Sharia law on the free world. Yet, identifying them is a must and the first pivotal step to take in order to alter the steady course of this madness. And in this present climate, all eyes are on Israel.

While ineffectual Israeli leaders would perceive this as an undesirable encumbrance, strong leaders with moral clarity, firm in their convictions would be inclined to see this as a ripe opportunity to take the correct and appropriate initiative.

For example, it is not acceptable to allow one, in any manner, to voice a desire to annihilate the other. Such a statement would seem obvious, yet it is a sad testimony to the current state of world affairs since it evidently does need to be reiterated.

Leeway is given to Muslims who call for the annihilation of the Jewish people, whether it be from voices on the Temple Mount,  in social media and television broadcasts by the Palestinian Authority, and on the broader playing field – at the U.N., or by by Iran, without consequence. Unjustifiable latitude is granted to the demonstrations that incite outright violence, orchestrated by Muslims throughout Judea and Samaria and hence, throughout Europe calling for the destruction of Israel as well as calling for a Caliphate and for Muslims to rise against their respective governments in Europe.

This doesn’t fall under freedom of speech. To allow this is sheer idiocy.

The Israeli government’s band-aid tactics to fight the terrorists in its midst is nothing less than an obfuscation of the facts on the ground and merely serves to stimulate and engender an escalation in anti-Israel rhetoric as well as violent attacks against its people.  Easing restrictions, for example, during Ramadan on Muslim residents entering Jerusalem from Judea and Samaria is altogether ludicrous given the evidence of increased Islamic terror attacks against Israelis during this time. This type of acquiescence to world powers serves no purpose other than to perpetuate Israel‘s role as the world’s preferred “whipping boy” in addition to whetting the appetite of the terrorists.

The threat must be tackled head-on.

Out of fear of being labeled racist, or Islamaphobic, there is a collective refusal of western powers to recognize that the human condition currently bred in the Islamic world is one of tyranny and barbarism, and that it has been long generated in an organized and well-funded fashion mostly by Saudi Arabia and Iran. Enter the “lone wolf” concept when referring to terrorist attacks. It is defective and altogether disingenuous. The Iranian and Saudi regimes for decades have encouraged Muslims of all stripes to adopt word for word the violent political aspirations promoted in the Koran.

One can only hope that the tipping point will tip in favor of moral clarity, (and do so in short order).

Moral clarity would forcefully advance the imperatives of identifying the culprits, stepping beyond the western mindset in order to fully comprehend the goals of the aggressors, and acknowledging the ideological force behind the words that are firmly rooted in the Koran. Only then can we even think of taking the steps necessary to wipe out this evil from our midst.

MEANWHILE, all eyes are on Israel.

The United Nations plays an integral role in camouflaging the root cause of unrest in the Middle East, Africa and in Europe. In a deliberate attempt to cover up the very real danger global Jihadism poses to the free world, the UN obsesses over Israeli “settlements” with its false claims that Israeli communities in Judea and Samaria are the cause of conflict in the Middle East region.

HOWEVER, leaders of the free world closely watch the seriousness or lack thereof, in which the Israeli government deals with the terrorist threat in its own backyard. With Israel being at the very most frontline in the war against global terrorism, on a very real level, the west takes their cue from Israel and, thus far, what the western nations see is an absence of determination and resolve exhibited in Israel’s vacillation and hesitancy to carry out conclusive measures.

The Israeli government, by willfully choosing not to identify the Palestinian Authority as the enemy, enables the PA to continue its vilification of Israel along with its incitement to wage war against her. This faulty policy further enables the western powers to insist on a two state solution, in effect supporting the establishment of a terrorist state on Israeli soil.

Willful denial on the part of the Israeli government is akin to the refusal of western European governments to recognize the threat of Islamic Jihadists, which they allowed into their own countries.

Israel must take the extra steps to affirm its right to its land despite the overwhelming propaganda that supports the lies disseminated by the PA and their NGO supporters. The world will respect Israel once its leadership stops vacillating and takes decisive steps to protect its people and maintain its security. By not doing its part, however, Israel is not only endangering its own security, but is also guilty of lending itself to the international cover up of global jihad.

It has to stop.

The Prime Minister of Israel must take the grand step of identifying the Palestinian Authority as a terrorist movement in the long line of terrorist movements, since no other country will. More importantly, it must acknowledge that the PA is indeed waging war against the citizens of Israel with an aim to conquer the entire country.

It is a grave mistake for Israel to go along with the pretense that the goals of the Palestinian Authority are any different than Hamas. The PA, like Hamas indoctrinates their young to hate and kill the Jewish people and to conquer the entire land of Israel. Martyrdom, that is, to die in the act of killing a Jew in Israel, is highly regarded and generously rewarded by the PA leadership.

After the initial step of identifying the leadership of the PA as the enemy that is actively engaging in a terrorist war against the State of Israel, Israel must stop enabling them financially, end the transfer of funds to them and put them out of commission.

Secondly, it is not enough to simply say no to a terrorist Palestinian state on Israeli soil. In order to once and for all delegitimize false claims of the PA to Judea and Samaria as well as to the Land of Israel at large, the Israeli government must get down to business of cleaning house, and while doing so, extend its full sovereignty to all people living in Judea and Samaria.

Once the Israeli military eliminates the terrorist regime of Abbas and all those loyal to a policy of terror against Israel, and frees the Arab residents under Abbas from an evil and corrupt leadership that oppressed them, they should establish a cooperative of townships based on a secular, rights-respecting republic with equal representation of each tribe while under the general sovereignty of the State of Israel.

These Arab residents of Judea and Samaria may have residents rights. Those who were stripped of Jordanian citizenship at the behest of Arafat, should retrieve their citizenship rights from the current Jordanian government. Those not falling under this category and possessing no connection whatsoever to terrorism, may have an option to apply for Israeli citizenship after ten years. Clearly, this is a broad concept, but it is a workable concept that respects the sovereign rights of Israel as well as the humanitarian rights of all people living under the sovereignty of the State of Israel.

The education system must also be overseen by the Israeli government to ensure that incitement is no longer spread through textbooks.

The same should be done in Gaza. Only then, they can join the civilized world and enjoy economic prosperity along with the rest of the country. Any sign of new terrorist growth in the area cannot be accepted and must be made absolutely clear that it will be obliterated.

At the same time, the United States along with Western Europe must follow suit and end their unabated flow of funds to the Palestinian Authority until a new order is put in its place by Israel and until a strict policy of transparency is enforced in ensuring that zero funds are used for terror and incitement to terror against Israel. In addition, the UNRWA must be held accountable for its central role in perpetuating a terrorist war against Israel and subsequently disbanded. Likewise, UNESCO must cease its criminal activities of identity theft on behalf of the terrorists – of rewriting history and robbing Israel and the Jewish nation of its historical rights to its holy places throughout the Land of Israel.

Along these lines, the west must identify Iran as the most overtly hostile and militarily powerful sponsor of all global terror, stop the flow of money to the regime and declare war on Iran.

What must be understood, is that while a third world war is not desirable, it may very well be inevitable. This war, though unofficially declared, has already begun and diplomacy or appeasement will not curtail it. It is inconceivable to negotiate with aggressors if there is no deterrence. Negotiations can begin only after the enemy recognizes the seriousness of the free world by means of economic deterrence measures together with military measures.

The joint military forces must eliminate the Iranian regime and all of its jihad-supporting mullahs and clerics. Next, Saudi Arabia. Once free from their oppressive regimes, the people can establish a secular, rights-respecting government so that they can join the civilized world, live as human beings, and trade freely with Americans and Europe. In addition, it should be made unequivocally clear that intelligence operatives will be watching the area very closely. Any further attempt that appears to be a potential threat to the free world will be obliterated.

Taking care of business necessitates the dropping of political correctness from the collective international mentality and prioritizing the security of our citizens over this immoral ideology.

The Prime Minister of Israel has a moral obligation to identify, isolate and strike down all threats to the State of Israel in order to protect his people. There can be no tiptoeing around it. No indecisiveness. The security and the very lives of the people come first. Period. And as a country at the foreground of fighting against global terror, its leadership must be resolute.

Only then can we expect to be taken seriously. Only then can we garner respect. And only then can we penetrate the insidious international camouflage, prompt the west’s acknowledgement to the existential threat to western civilization, identify the source and get the world in order, down to its textbooks.

A member of the tribe of Judah, Zahava was lost for several years in the US Northeast until found a decade ago roaming the hills of Judea in Gush Etzion. A published author of the well received novel, The Gilboa Iris and the non-fiction, Settling For More: From Jersey to Judea, as well as hundreds of articles in many internet news publications, she hopes to one day write the great Israeli novel.
View all posts by Zahava Englard Shapiro →