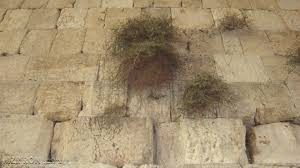 Iran wants credit for having saved Am Yisrael three times.  How the newscaster on the radio was able to read this without choking, or laughing, or gagging – I don’t know.

Iran is putting forth that King Achashverosh saved Am Yisrael, when in fact he was the one who enable the diabolical plan of his advisor, Haman harasha.  King Achashverosh was evil and hated Am Yisrael, and was only happy to get rid of us by Haman’s planned genocide.  Am Yisrael were subjects under his rule, because Nebuchadnezzar forced our eviction from Eretz Yisrael to Babylonia – by force, not good will.  That Persia-Iran conquered the land our Am was taken to bears no sign of good will that they took us in or the like.  We didn’t want to be there in the first place.

And then to say he saved us from Haman – what an incredible twisted reversal.  Our gedol hador, Mordechai, and his cousin Hadassa-Esther saved our Am from Haman and King Achashverosh together.

The straw, of course, is trying to get credit for taking in European Jews from the mass slaughter of the Nazi regime in WWII.  So, you took us in to save us from the Holocaust?  The very Holocaust you’ve been denying occurred?  Caught you, you snake!