On December 13th, there was a terrible attack against three soldiers who were guarding a civilian bus stop near the Givat Asaf intersection. During the attack, two soldiers – Yuval Mor Yosef of Ashkelon and Yosef Cohen of Beit Shemesh died immediately. Also, a third soldier, Netanel Felber, was critically injured with multiple gunshot wounds to the head. And a fourth soldier was also wounded but has improved enough to be moved to a regular ward. 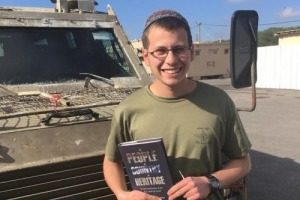 Netanel’s family moved to Israel 12 years ago from the US. Tragically, Netanel’s injuries are severe and his life is still in danger. As one would expect, his parents have barely left Netanel’s side. Earlier today, a friend wrote to tell me the family needs help. For more than two weeks now, the parents have been unable to work and the family has needs.

Recently, friends of the family have come together to create a fund to help the family pay rent, utilities, transportation to and from their home on a regular basis and even help to bring relatives from the US to come and help the family. In the desperate hope that Netanel will recover enough to continue his rehabilitation at home, more funds will be needed to help there too.

What can you do? Basically, there are only two things that will help this situation. First, donating to the Felber family so that they can focus on their beloved son and not worry about finances and other issues. Second, pray for Netanel‘s complete recovery and for strength for his family as they hold their vigil beside him.

Please open your hearts and donate…

To donate to the Felber family: https://www.gofundme.com/felber-family-fund