If you’ve ever wondered who Israel’s best friends are, then the answers you read below might surprise you. I can’t offer any concrete proof, any nationals surveys or studies on economic or political support. Honestly, I can only offer you the opinion of one Israeli. Albeit, someone who has spent weeks at a time, traveling to many countries.

As a disclaimer, I’ll admit that I haven’t been to Africa (yet?). Nor have I traveled to South America. Included then, are North America, Europe, the Middle East, and Asia. Sadly, the other disclaimer in terms of Israel’s friends, is that it is an ever-changing reality.

In today’s world, Israel’s best friend is, without a doubt, the United States of America. After the reign of Obama, Trump is a refreshing change and a reminder of much better days. Obama taught Israelis an important lesson. Don’t count on the United States to defend you – even and especially in the halls of the United Nations. Don’t count out being betrayed – even brutally. The Congress will love us or hate us, sway with the polls and the media.

It took quite a while for us to accept that we needed to watch our backs – even…even from America. And at a very low point, Donald Trump was elected; Americans went into shock, and Israelis hoped. Our hope is being realized. Day in and day out.

What we have always known – Jerusalem is our capital – is now heard in growing numbers of countries. Not just the US. At least ten other nations have agreed to follow in Trump’s footsteps and are making plans to move their embassies to Jerusalem.

A leader ago, Canada was a great friend of Israel. But Stephen Harper has been replaced by Justin Trudeau and Canada now has its own Obama.

Having traveled in only two countries in Asia (Thailand and India), I can tell you that India is indeed a friend of Israel. The government is a bit problematic, in that it does not have the political strength to withstand pressure from the Islamic nations nearby and from within. But the people of India love Israel and Israelis. They think Bibi is a King, brave and strong. 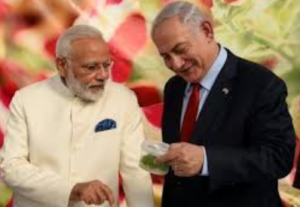 I have been in several cities in India – north and south and west and in each place, I have heard only positive things about Israel. I think, perhaps, the India is Israel’s second best friend in the world.

As for Thailand, I think they like Israel because of the huge number of tourists that go there and spend money.

In the last few years, primarily for work, I have traveled quite extensively in Europe – but to be fair, only for short periods and in limited locations. I have been to the UK, Germany, Ireland, Belgium, Croatia, Greece, Poland, and Italy.

In Amsterdam, they cursed at us and at the border crossing, the passport control officer asked me for my US passport. Only when I insisted that he use my Israeli passport did he admit that there wasn’t a problem and he could process either passport. Amsterdam is certainly not friendly with Israel, nor can they be considered friends of the Jewish people.

In all the other countries, I met nice people. Some were uncomfortable about my religion; some didn’t like my country. Nowhere did I feel the sense of open acceptance as I know exists for Israelis in the US and India. In some cases, I felt they were prepared to like me “anyway,” almost despite my nationality. In other cases, I have been asked about the Palestinians. I answered honestly and openly and didn’t really care if they agreed or not.

Recently, I was told not to wear a Jewish star (I did anyway), not to speak Hebrew. They are attacking our synagogues; once again, Jews are being beaten in the streets of Europe. They desecrate our cemeteries and the new form of anti-Semitism is hidden behind anti-Israel rhetoric.

And in today’s upside-down world, Israel is one of the safest places to be and being a best friend of Israel is turning out to be amazingly worthwhile. Our friends are prospering, their economies growing. Our enemies are falling into chaos. Syria is in pieces; there is instability in Lebanon and Jordan.

Ironically, Europe has never seemed so distant and so preoccupied with its own problems. Impossibly high rates of crime (rape and murder) are being reported in many countries and women are being told not to walk without the protection of a man.

Why is this whole discussion relevant? Because, ultimately, Israelis need to understand the world in which we live and remembering who our true friends are is an important part of staying alive. Our enemies stand on our borders but more and more, they fight each other, as rabid dogs are like to do.

From our friends in the world, we learn that we are not alone. When we travel the world, they reach out to us to remind us of what we have known for so long. What our enemies would do to us, they WILL do to the silent ones in the near future. Israel is a strong and vibrant, democratic and caring country. All that we are stands as a reminder to the silent ones; and a symbol of hope and thanks to our friends.