According to Wikipedia, the definition of a false prophet is: “one who falsely claims the gift of prophecy or divine inspiration, or who uses that gift for evil ends”. As far as working definitions, it isn’t exactly the definition we find in Judaism, but it is close. However, I would add that in today’s world, “evil” is often replaced with seeking profit, making money. 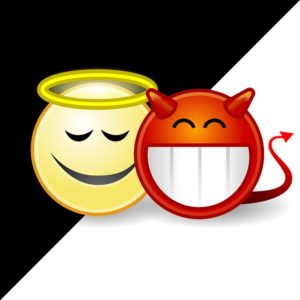 While Judaism defines false prophets along similar lines, there are some additional key factors that need to be considered as well. For example, today when we don’t have prophets at all. Instead, we have leading Rabbis, educational professionals, and entrepreneurs who take a stand and encourage other Jews to follow.

But, what happens when that Rabbi, professional or entrepreneur goes against the norm, contradicts “conventional” wisdom? Really, is he any less of a false prophet? It’s definitely a question that needs to be addressed given a disturbing trend among some to lead Judaism and its interfaith relationships into “new” directions.

Ask most Orthodox Jews who understand the concept of the End of Days and the coming of Geula (Redemption), and they will tell you that over the last few years and at a growing pace, we feel the very air we breathe changing. We have waited so long and believe, with complete faith, that we are truly very close. Seems like the signs are clear.

The Potential for Misdirection Grows

But, the problem is, the greater the pull to bring Moshiach (the Messiah), the greater is the power and pull of evil, that which pushes Moshiach away. Some, without question, are misguided in the notion that they have found the solution, that their path is the noble and right one.

Worse, some partner with those who hold a vision of what our End of Days should look like that directly contradicts Jewish values and tradition. In their eyes, the House of Israel will someday unite with the long lost House of Ephraim under a man who died 2,000 years ago at the hands of the Romans.

Ultimately, in following this false path, both the Jews and their Christian partners are undermining the true path. There has always been a true path; it is the only one that really leads to Geula.

In a sinister turn of events, those who follow this false path use the weapons of the non-Jew to attack those who try to remind them that the Holy One, Blessed be He, is eternal and doesn’t change His mind. His word remains, given to us at the foot of Mount Sinai and carried in our hearts, minds and souls for two thousand years. For example, the Jewish way to “sue” someone is in a Beit Din, a Jewish court. The false way is to threaten lawsuits and go to the secular court. This second way is what is being used if someone dares “out” what is happening.

That those that bring this false message use this false way to defend themselves is not surprising. Thus, those who seek to uphold truth must proceed with caution and names cannot be used. Ultimately, it is the Jewish way to hope good will be respected, realized, valued. And, it is the safe way given the quick way those who seek money counter those who fight the paths they pursue.

Confused? Stay tuned and I and others will expose the truth. Luckily, today’s vanity makes exposure simple. Their words, their actions are there for already available for all to see. Amazingly enough, they are proud of the misguided and false path they are helping to pave. Proof is in the lawsuits they threaten. But, worse in the loshen hara (evil gossip) they spread in campaigns across Israel and the world.

Yes, there are  two types of false prophets – and both must be fought. One is the prophet who speaks in the name of idolatry. The other uses the name of the God of Israel but contradicts the laws that God has given to us.

Going Back to the Source

Some love to quote Biblical versus. So, for seekers of money, power, fame, or redemption through another path:

These are the statutes and ordinances that you shall keep to perform in the land which the Lord God of your fathers gives you to possess all the days that you live on the earth. (Devarim 12:1) 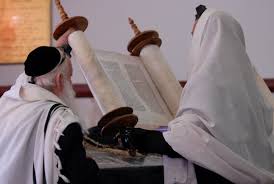 But by far, look to Devarim 13 (Deuteronomy) for the truth in this issue:

Everything I command you that you shall be careful to do it. You shall neither add to it, nor subtract from it. If there will arise among you a prophet, or a dreamer of a dream, and he gives you a sign or a wonder, and the sign or the wonder of which he spoke to you happens, [and he] says, “Let us go after other gods which you have not known, and let us worship them.”
You shall not heed the words of that prophet, or that dreamer of a dream; for the Lord, your God, is testing you. To know whether you really love the Lord, your God, with all your heart and with all your soul. You shall follow the Lord, your God. Fear Him, keep His commandments, heed His voice, worship Him, and cleave to Him.

This post is the opening salvo in a battle that needs to be fought. We have always known the  battle would be hard, that hearts would be broken, friendships lost. It was inevitable…the journey is a long one but my people have never feared a long journey. We are eternal.

Laying Down the Battle Lines

Ultimately, the hardest battles are not those we fight against our enemies – they never have been. Without question, the hardest ones we fight are against those who mean are important to you and those with good intentions. But, when people rely on doing wrongs to make something right, it’s time to stop. Still, it is my hope that they will review and question whether in their dedication and desperation, they took the road that leads away from truth.

In truth, the road hasn’t shifted, hasn’t changed. Our friends and our enemies remain as they were and there is no need to take the wrong road – it will never lead to the right one. Never.

May Michael be at my right, Gabriel at my left. Uriel in front of me, Raphael behind me, and above my head, the Shekhina–the Divine Presence