The Israel Institute for Strategic Studies joins members of the European Parliament, the AJC, Bnai B’rith, and other global organizations is calling on Federica Mogherini, the EU foreign policy head, to rectify the decades old mistake and designate all of Hezbollah as a terrorist organization.
Danish MEP, Anders Vistisen, said, “It’s outrageous that the European Union still has not denounced Hezbollah in its entirety as a terrorist organization.”
He is right. It is time to recognize that Islam-inspired terrorism is not only a threat against Israel, in Syria, but also a major threat to Europe’s and America’s security.
Under Mogherini, the EU makes the false distinction between a military wing and a political/civil wing of the Lebanese-based terror regime which now has in its possession 160,000 Iranian-supplied sophisticated missiles and an army trained by the Iranian Republican Guard that is battle-experienced after fighting in Iraq and Syria. 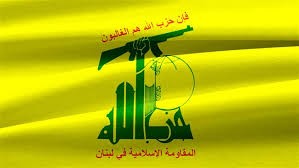 The EU cannot track Hezbollah’s money laundering trail until it changes its wrong approach, It has allowed a hybrid Hezbollah to spread its tentacles into international drug trafficking and money laundering that raises hundreds of millions of dollars for their military procurement and global terrorism.

Their flag, honored by ALL Hezbollah members, signifies the hand of Allah reaching up to grab an AK-47 assault rifle. This has to stop. And it should stop with the European Union designating and outlawing  all activities of Hezbollah.
It's only fair to share...