Israel Blogger was started a few years ago and more recently expanded according to the original plan with the idea of offering a place where any voice, every voice within the Israel/Jewish world would have a say. It was envisioned as a place of dialog where censorship would be virtually unknown and where bloggers would “talk” to each other through posts and responses. 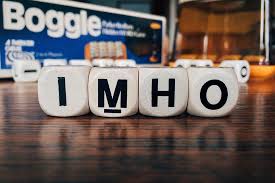 So, here’s the first of what I hope will be many such posts.

Response to: Another Final Word About the “Indigenous” Issue

The battle for our existence here in Israel…and make no mistake, it is a battle, requires that we present our opinions in terms the world understands.

The term “indigenous” is not a religious one but rather a physical one. It’s applicability is based not on what people believe but on who they are and their connection to the land to which they lay claim. God certainly is, to those who believe and live on faith, the Creator of all we see, all we do, all we are. Yes, I believe with complete faith both in the past and the future, in the veracity of the words we

read in the Torah each week, and the laws to which we struggle to adhere.

The original post to which I now respond takes a religious view of something that is not religious at all. Yes, our forefathers Yitzchak (Isaac) and Yakov (Jacob) were born in this land, as were David and Solomon and countless others both in the Torah and in the thousands of years since…all the way up to…and beyond…my latest grandson, who is only 4 months old. And yes, Moshe Rabenu (Moses, our teacher) was born in exile, in Egypt, and though he yearned and though he journeyed, he never made it home.

The term “indigenous” is very narrow and very specific and has little to do with creation. It is not about our survival or prosperity or even, in a sense, our existence. It is soley about our past. Is the Jewish people native to this land?

The answer is yes. Affirmative. Uncontroversial no matter how much the world attempts to make it so. It is not enough to say that we are here “because God said so.” Yes, that is the source. God promised this land to us, to the generations that would come, that have come.

And God told Abraham – go, and Abraham went. But then, as the author points out, Yitzchak was born here and we built and we planted and we created our home here. We built the cities that stand today – Jerusalem, Hebron, Safed, Tiberias. We built from the very north to the very south; we planted and nurtured this land. We nursed it back to health and we have made the desert bloom as no other people ever have here in this tiny land.

We do not set fire to it, we do not water it with sewage. We were here 3,000 years ago and no one has a claim that comes within 2,000 years of that. The walls, the very ground below our feet, testifies to this. Nearly every week, certainly every month, archaeologists dig and uncover our ancient history.

To turn this into a religious issue robs it of its very physical and real and “provable” qualities. Dig and you will find OUR past. Drive in the north and in the south, in the east and in the west of this country and you will find the graves of our people – we know where Abraham and Isaac and Jacob are buried; where Shmuel the Prophet rests.

We know where Joseph is, and Rachel and Leah and Rebecca and Sarah. Graves that are hundreds of years old; stones that have seen more than a two thousand sunrises all answer the question of who the indigenous people of this land is.

There is only one answer. Palestinians are not indigenous to this land. Do they have a right to live here? That is a different question and one I won’t write about here – not because from that you can conclude that I think they don’t…because that isn’t the case at all.

Arabs…Palestinians…are not indigenous to this land. They have rights which we cannot ignore. Earned by virtue of the fact that they live here, perhaps revoke-able if they choose violence against us – another post. We have, from the time of the Bible, known that there would be “strangers among us” and that we have an obligation to welcome them, treat them with respect, and share in the bounty of this land. We have, we will in the future. Different issue. That doesn’t make them indigenous.

God has blessed us. God has protected us. God watches over us. Not the issue when discussing a physical term such as “indigenous.”