The name Ari means lion. The lion is the symbol of Judah and Jerusalem. A fierce and loyal animal. Yosef means “He will add”.

Today I heard a father give his son a name. It was a name he never had considered for all of the nine months they waited for this precious child to be born. They knew it would be a boy. They had decided on the name “Ari” – lion.

The day after the birth, the father’s father was murdered in a horrific attack in his home by a Palestinian terrorist. There is comfort in knowing that Yosef knew about the birth of his latest grandchild and had experienced the joy of knowing the baby had arrived safely into their precious family. 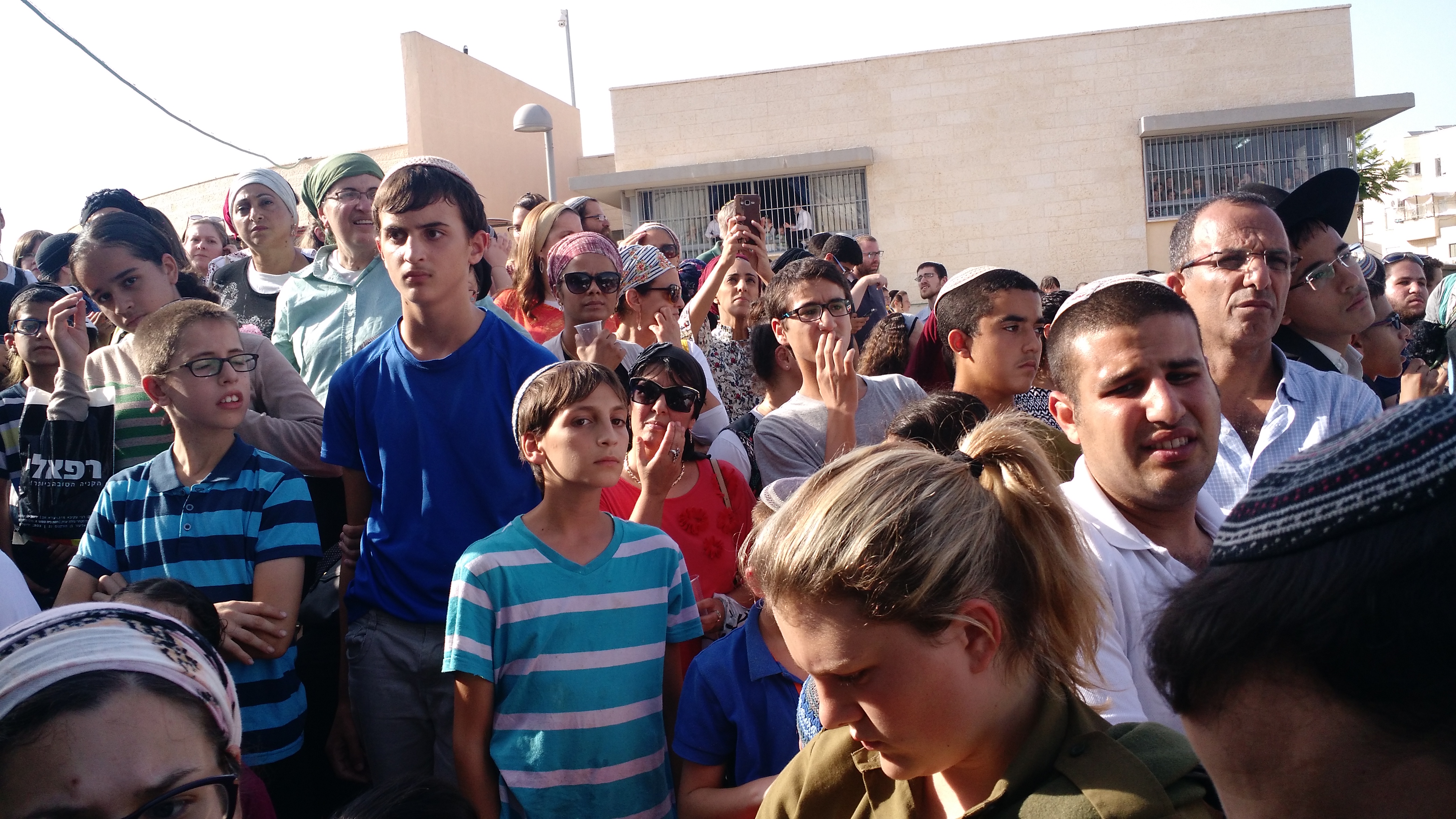 Today, a child was named in Israel – that’s what we say when a child is named, “and his name will be called in Israel, Ari Yosef”. Hundreds of people came to stand outside to show their love for the child, for the family. I watched Tova go in.

She looked like a harried grandmother, worried about all the details of a family event. Distracted, unfocused. Anxious to go inside. She looked like a bereaved widow, confused, distracted, in mourning. Some people said “mazel tov” but it seemed so strange to say congratulations to someone who has just lost her husband, her daughter, her son. As walked past, you could see the bandages just sticking out from her dress – bandages that cover stab wounds.

So many people stood and cried as little Ari Yosef was named. It is a time of great sadness and great joy, the former Chief Rabbi of Israel, Rav Yisrael  Meir Lau said.

The baby’s father blessed him and all those who came to comfort his family for the tragic and barbaric loss of a father, a sister, and a brother…all in one horrible day. And he told everyone that he believes God sent Ari Yosef to be born the day before the murders so that the family would find comfort and hope through this beautiful child.

Ari Yosef, you’ll never know your father’s father, your grandfather – but you have a family and a nation that loves you and will do all we can to keep you safe.

Beautiful child, may you ever be blessed.